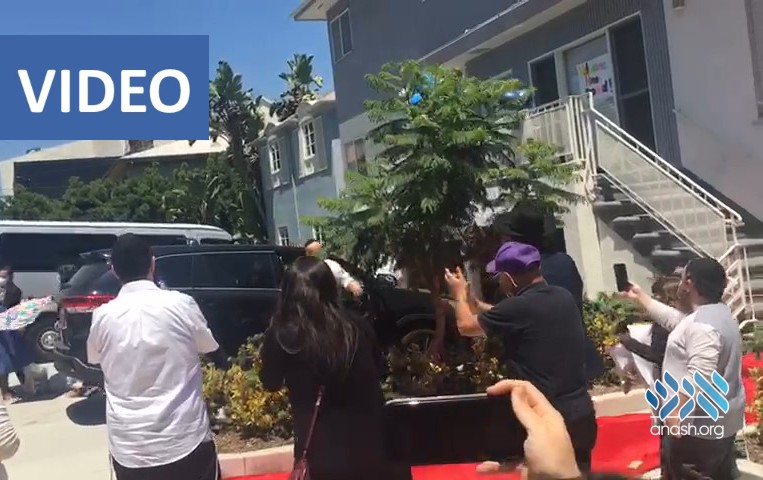 Dovid Ghods of Los Angeles, CA, was welcomed home with a red carpet and much joy, after spending a few weeks in the hospital due to COVID-19.

Dovid Ghods of Los Angeles, CA, was welcomed home with a red carpet and much joy, after spending a few weeks in the hospital due to COVID-19.

My 35 year old cousin Dovid ben Shoshanah had been hospitalized with COVID since before Pesach. It was a frightening month and at times things were critical.

In place of spending their first Pesach as newlyweds together, he and his new wife were isolated from each other and from anyone else.

Just, a few moments ago, he came home! May ALL who are ill be so blessed!

Today, the 14th of Iyar, exactly a month after Passover, is called “Pesach Sheni”—the Second Passover. In Temple times, if someone was either impure or far away and unable to bring the Passover offering on the holiday, he was given an opportunity to do so a month later. This is the first time the concept of being given a second chance is mentioned in the Torah, and Pesach Sheni has since come to represent the concept of there always being an opportunity to turn things around.

This year, more than ever, people who missed the first Pesach, are celebrating this “second chance”. Traditionally we eat matzah and try to internalize the message of second chances. This year we are trying to use the energy to bring liberty, freedom, good health and good to all those who do not have it yet. May the entire world be healed with the coming of Moshiach soon!

Wishing you a Shabbat Shalom!