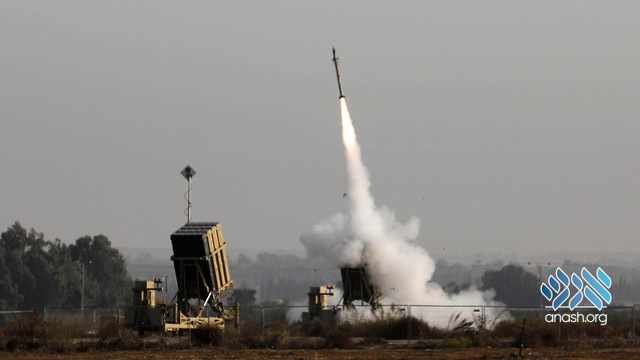 How much did last week’s rocket attacks on Israel cost? A report by Channel 12 estimates that the military costs alone amounted to tens of millions of shekels for the two days of warfare on Tuesday and Wednesday, as Islamic Jihad fired some 450 rockets at Israel, and the IDF responded by striking targets of the terror group.

That was just the cost involved in the military effort; the cost to the economy could amount to as much as NIS 500 million ($144-plus M) for the two days of warfare, taking into consideration lost wages and business, the Industrialists Association said.

The figures were based on the fact that for the two days of warfare, some 85% of workers in southern Israel stayed home, while on Tuesday some 65% of workers remained off the job in the center of the country, based on orders from the Homefront Command. Businesses and credit card companies also experienced significantly less revenue on those days.

In terms of military costs, Channel Two based its estimation on IDF figures. Of the 450 rockets fired by Gaza terrorists, 60% of them fell in open areas – with 180 fired in the direction of populated areas. Of the latter, 90% were shot down by Iron Dome defensive missiles, at a cost of NIS 175,000 apiece ($50,000-plus). The cost for repelling those rockets amounts to NIS 32 million, the report said.

In addition, there were the costs of running the army. According to estimates, it costs the IDF NIS 80 million for a day of combat, much of that for air strikes on terror targets, as well as for the cost of mortar shells fired by tanks at targets. The cost of operation for an F-16 fighter jet is estimated to be between NIS 30,000 and NIS 50,000 an hour, while for an advanced F-15 plane, the cost is between NIS 82,000 and NIS 100,000 an hour. Helicopters, which are also a major part of the air campaign against terrorists, cost between NIS 15,000 and NIS 20,000 per hour of operation, while for drones, the cost is about NIS 20,000 an hour.