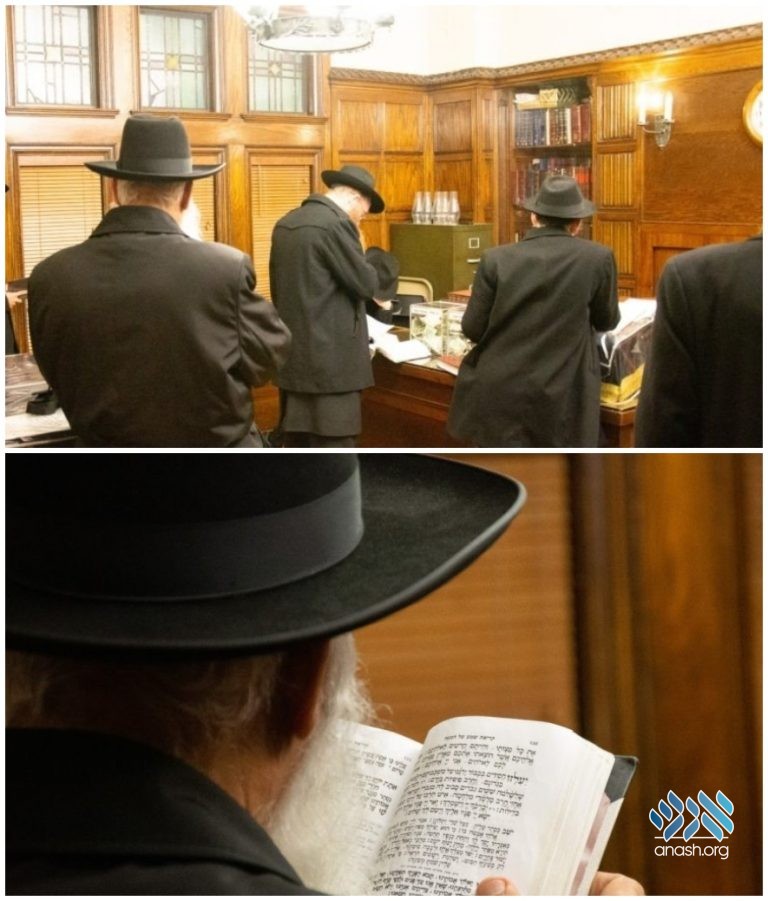 As the main shul at 770 Eastern Parkway prepares to open for larger crowds, the administration of the Rebbe’s room announced that it would reopen as well.

As New York City enters Phase II of reopening, and houses of worship are allowed to open at 25% capacity, Chabad Headquarters at 770 Eastern Parkway is getting ready for the adjustment.

Earlier today, the Gabboyim of the main shul at 770 announced that the shul would reopen Monday for a crowd of up to 250 people at a time. Other shuls are preparing to increase capacity as well.

Later on Monday, the administration of the upstairs shul of 770, and the Rebbe’s room announced that they would be opening as well.

“In coordination with Agudas Chassidei Chabad, we are happy to announce that the small Zal and the Rebbe’s room will reopen,” said the announcement obtained by Anash.org.

The announcement, signed by Vaad Bedek Habayis, headed by Rabbi Chaim Boruch Halberstam, said that the zal would also open for bochurim to learn there during the day.

Previously, the Rebbe’s room had been open at limited capacity, and one would have to enter a raffle to daven there. Now, ahead of Gimmel Tammuz when many desire to enter the room, it has once again opened for any chossid who so desires.