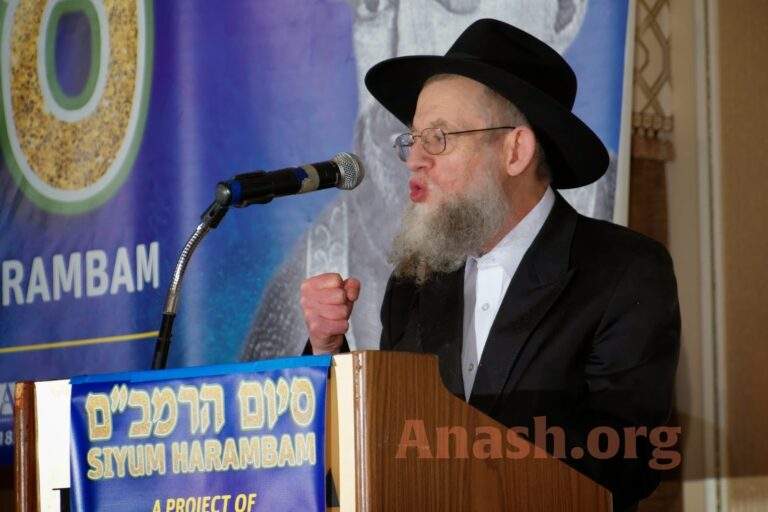 Rabbi Simcha Werner, Shliach in Monsey New shares some personal advice he received from the Rebbe when he first married.

“Friday night is not necessarily the time to focus on davening b’arichus.”

That’s what the Rebbe told Rabbi Simcha Werner, a shliach in Monsey, New York, when he went into yechidus as a young married man. Rabbi Werner had been davening b’arichus since he was a young bochur, and still does today, but after that yechidus, changed his schedule accordingly. “Where does one take this idea to daven Friday night at length?” the Rebbe asked him then. “If you write to me, I will respond with a schedule on how you should conduct yourself on Shabbos.”

This anecdote and others like it were written in a teshurah distributed at the recent wedding of the Werner and Chazan families that recounted the life story of the Werner family patriarch. The account details his journey to Lubavitch starting from when he was sent from his home in Providence, Rhode Island at the age of nine, to study at Yeshiva Torah Vodaath.

In addition to the advice of not prolonging davening on Friday night, the Rebbe also counseled Werner to restrict his Shabbos day davening until two o’clock p.m. and alternate davening b’arichus so that every other Shabbos he can daven with the congregation and go home to his family at an earlier time.

The Rebbe also advised him several times to study Midrash with his wife, as according to the Alter Rebbe’s hilchos talmud Torah, she too is required to learn Midrash.