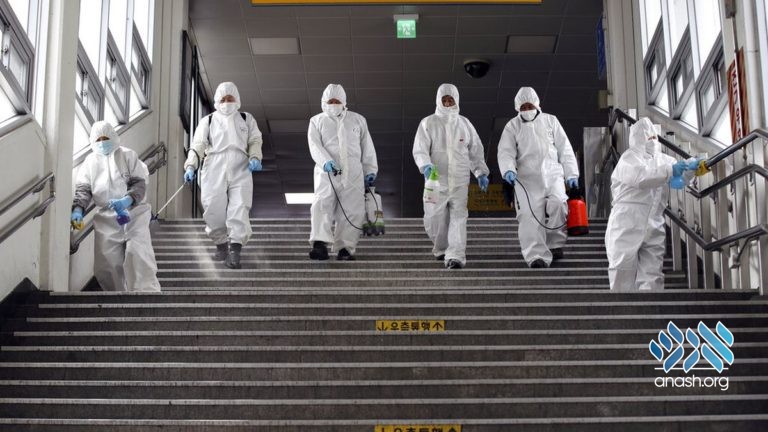 How can we stop a pandemic? Here is a list of specific horaos that our Rebbeim gave to battle epidemics and illnesses.

We bring you a list of segulos given by our Rebbeim for protection from an epidemic or illness prepared by Rabbi Yehuda Leib Altein. Special thanks to Beis Midrash L’Shluchim, a branch of Merkos 302, for providing this collection for the benefit of Anash. We have included the main points in bold.

We also include an essay by Rabbi Yehoshua Mondshine on traditions from the Rebbeim on stopping an epidemic.

The Rebbeim’s Segulos for Epidemics and Illnesses

Give even a little bit to tzedakah as often as you can.

Give tzedakah each hour and before each tefillah, so that you give a total of 18 (small) coins over the course of the day. Distribute these coins to the tzedakah of your choice, including causes you would have given to either way. If you cannot give this amount, give less, as long as you give a number of coins throughout the day (letter of the Tzemach Tzedek).Be honest in your business dealings (letter of the Tzemach Tzedek).

Do not speak devarim beteilim in shul from when the chazzan begins davening until after the last kaddish, during both Shacharis, Minchah, and Maariv (letter of the Tzemach Tzedek).

Be careful to speak truthfully (letter of the Tzemach Tzedek).

Respect your parents (letter of the Tzemach Tzedek).

Learn the sections of Chumash that discuss the ketores along with Rashi, and read them shnayim mikra v’echad targum. Learn those topics in Rambam.

Learn Rambam, Hilchos Temidin U’Musafin 3:1–11, which discusses how the ketores was brought in the Beis Hamikdash (letter of the Maharil of Kopust in the name of the Alter Rebbe).

Demand from Hashem to send us Moshiach, and publicize the importance of doing so.

The Midrash says that the reason 2000 people died in a plague in the days of Dovid Hamelech was because they did not request that the Beis Hamikdash should be built. The Radak explains that if they were punished although they never had a Beis Hamikdash (as they lived before the first Beis Hamikdash was built), we, who live after the destruction of the Beis Hamikdash, must certainly demand that it be rebuilt!

Study the daily shiur of Rambam.

There are a total of 83 sections (“Halachos”) in Rambam. The Gemara says that the word machalah—sickness—has the gematriya of 83, corresponding to 83 types of illnesses, and that the cure is to eat and drink properly (to eat “bread with salt in the morning along with a glass of water”).

The Rebbe explains that on a spiritual level, food and drink refers to Torah. Studying the 83 sections of Rambam thus serves as a cure for sickness, and moreover—it serves to prevent us from getting sick in the first place (sichah of Motzo’ei Zos Chanukah, 5746—Toras Menachem 5746, vol. 2, pp. 246–247).

Purchase a letter in one of the communal Sifrei Torah for yourself and your family members (if you have not yet done so), and encourage others to do the same.

The Rebbe quotes a possuk in Daniel which states that whoever is “inscribed in the book” will be saved from the “eis tzarah.” Based on this, the Rebbe stated that buying a letter in one of the communal Sifrei Torah protects that person from danger (Sichah of Shabbos Parshas Miketz, 5742).

Think about meaning of brachos.

Be extra careful to contemplate the pirush hamilos (the translation) of the daily berachos (letter of the Tzemach Tzedek).