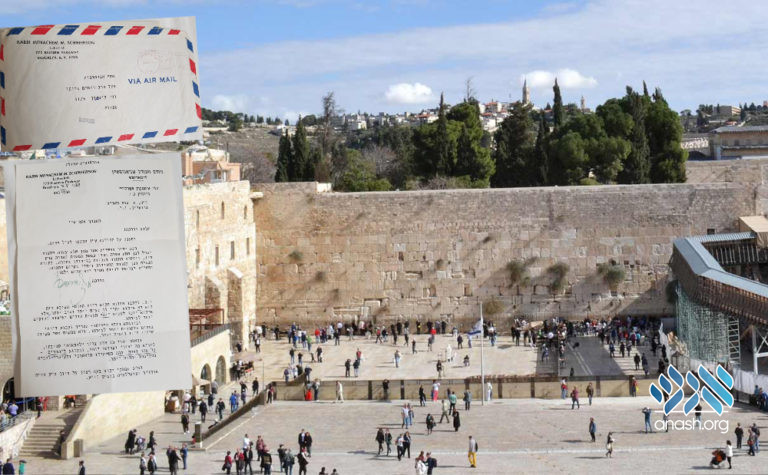 A newly discovered letter by the Rebbe to a 13-year-old explains why the Rebbe didn’t move to Eretz Yisroel and contains valuable advice on where any person should choose to live.

While on mivtzoim in Eretz Yisroel recently, a chossid met a man who shared that, as a young boy, the Rebbe wrote him a letter on why he didn’t move to Eretz Yisroel.

The man, Assaf Abramovitz, had written to the Rebbe about his becoming Bar Mitzvah, asking for the Rebbe’s bracha. In his letter, he also asked why the Rebbe isn’t making ‘aliya’ to Eretz Yisroel.

In the response from 8 Teves 5744/1984, the Rebbe responded by sending him the standard letter for Bar Mitzvah boys, but added the following postscript at the bottom of the letter (bold words are underlined by the Rebbe):

Regarding your writing about a person’s place of dwelling – the deciding factor is not where it would be more pleasant or better for him, but where he could do more good deeds and where his assistance is more needed.

Like a medical doctor who ought to establish his residence in a locale where his assistance is more required, and not where he hopes to have a more comfortable life.

In truth – every person needs to “heal” his surroundings, bringing to it more “light” and holiness, and regarding Jews – each and every one of them, their first and foremost mission is – bringing to their surrounding more Yiddishkeit.