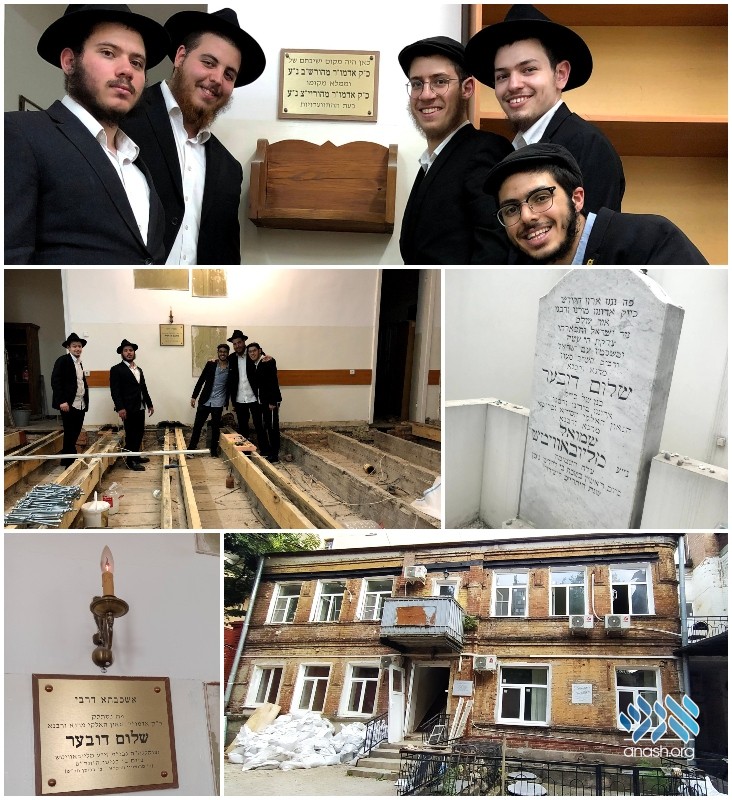 The house of the Rebbe Rashab in Rostov is undergoing extensive renovation, utilizing the time with no visitors. The bochurim of Machon Ran Yeshiva got an exclusive view.

While Russia’s borders remained sealed, stopping tourists and visitors, the management of the Rebbe Rashab‘s house in Rostov is utilizing the time for long-needed renovations.

The house was purchased by Agudas Chassidei Chabad of Russia, and they own it until today. Aguch, headed by Rabbi Yiztchok Kogen ‘the Tzadik of Leningrad’, together with Rotov’s Head Shliach and Chief Rabbi Chaim Danziger maintain the site and the Rebbe Rashab’s Ohel.

Three years ago, Rabbi Danziger stood at the helm of the renovation of the holy Ohel, which had begun showing signs of deterioration.

To mark 100 years since the Rebbe Rashab’s passing, Rabbi Kogen started a new project, to renovate that the house in which the Rebbe Rashab and Frierdiker Rebbe lived, and which served as Chabad headquarters for a number of years.

The renovations are mainly to uncover the state of the house as it was during the time of the Rebbe Rashab and Frierdiker Rebbe, and to remove the additions that were placed by the communists throughout the following decades.

While on a trip to Rostov to visit the Ohel, the bochurim of Moscow’s Machon Ran Yeshiva stopped into the house, where they were granted an exclusive sneak peak at the renovations, and were told of the plans for the house once the coronavirus lockdowns end, allowing for the stream of visitors to once again come to the holy site.