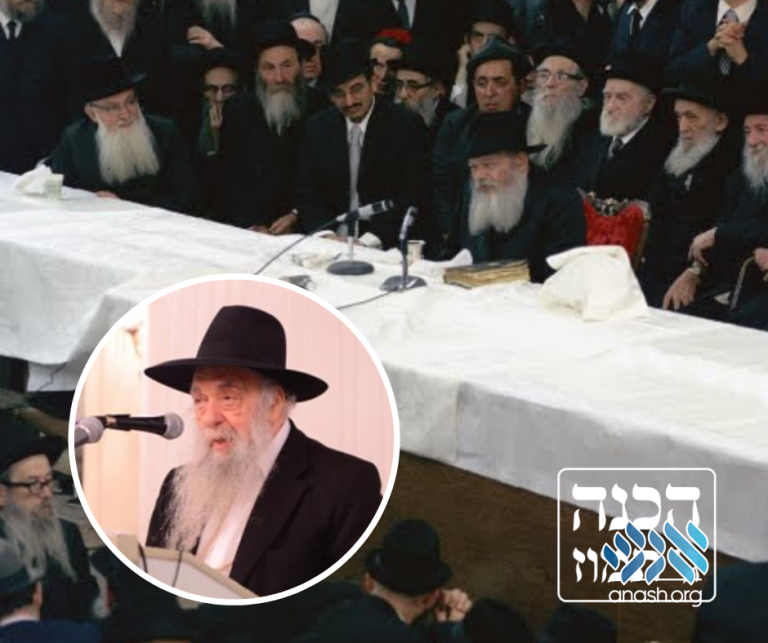 In preparation for Gimmel Tammuz, we bring you some special memories of the Rebbe related by Reb Yoel Kahn, mashpia of the yeshiva at 770 and the Rebbe’s choizer.

A Difference of a Letter

Another thing I noticed while working on the Rebbe’s sichos and maamorim was the care the Rebbe gave to each word, and even to each letter.

The Rebbe mentioned this idea in the maamar HaChodesh HaZeh Lachem 5747 (printed in Sefer HaMaamorim Melukat 3 p. 113). When preparing the maamar for editing, I wrote that the reason Hashem made the system of hishtaleshelus was because Hashem limited Himself, so to speak, in order for there to be room in intellect (מקום בשכל) to understand creation.

When the Rebbe edited the pages of the maamar, the Rebbe changed one letter in this line: instead of מקום בשכל, it now read מקום לשכל—room for intellect.

I’m not going to go now into a lengthy explanation of this idea, but this serves as an example of the precision of the Rebbe’s words and the depth that can be found in even a single letter. This small change made a difference in the entire picture and added a whole new perspective to the topic.

Not Just a L’chaim

In the earlier years the Rebbe would eat the Yom Tov meals in the Frierdiker Rebbe’s apartment on the second floor of 770. When the Rebbe would drink wine during these meals, he would say “l’chaim” to those present.

R. Shmuel Levitin, who was present at the seder, noticed the difference and asked the Rebbe for the reason behind it.

The Rebbe told him that saying l’chaim when drinking wine gives it importance, and at the seder night one should not give importance to any wine other than the arba kosos.

This gives us an idea of how careful the Rebbe was in his conduct. There is certainly no halachic issue with saying l’chaim over wine during shulchan orech, yet the Rebbe didn’t want to give importance to any wine that wasn’t part of the arba kosos!Additionally, this shows us how the Rebbe viewed minhagei yisrael. Since yidden are accustomed to saying l’chaim over wine, this itself gives it importance. It’s not just a simple drink of wine anymore; it’s a l’chaim, and the drink is significant enough to be an “addition” to the arba kosos.