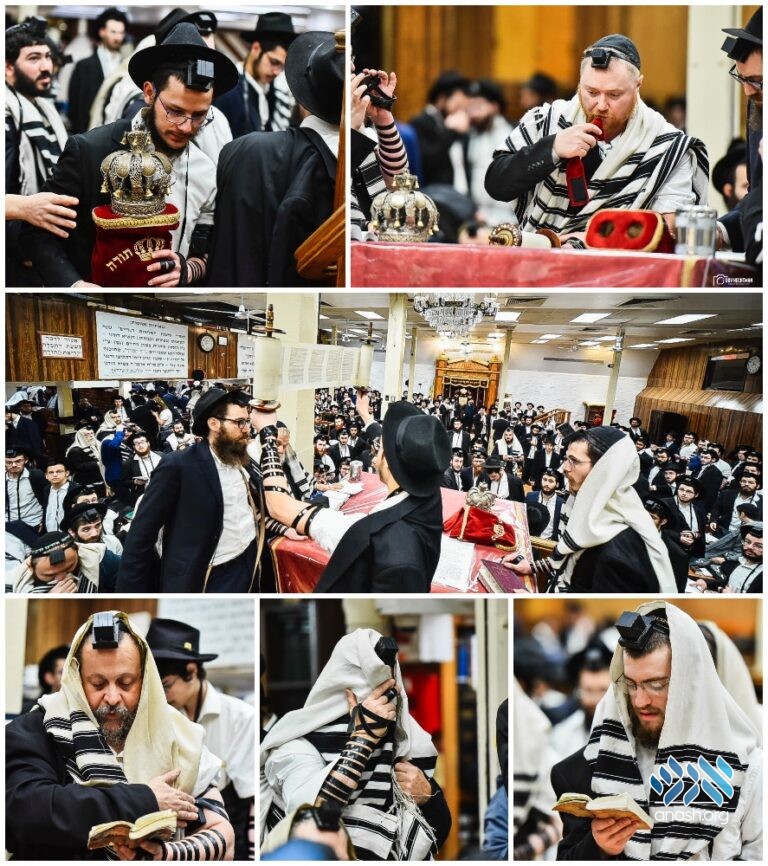 A historic Sefer Torah from the town on Lubavitch that was used by the Frierdiker Rebbe, Rebbe and later by the Rashag during Simchas Torah hakafos, was taken out and read from in 770 on Thursday, in close proximity to the Rashag’s yahrzeit.

A historic Sefer Torah was read from on Thursday during the main minyan in 770 to mark the yahrzeit of the Rashag, son in law of the Frierdiker Rebbe and brother in law of the Rebbe.

The Torah is a small one and is said to have originated in the town of Lubavitch in White Russia. The Sefer Torah was used by the Frierdiker Rebbe during hakafos and other occasions for many years.

For the first few years following Yud Shevat 5710, the Rebbe would hold this Sefer Torah while dancing hakafos. In 5715 the Rebbe received the famous ‘Slavita Sefer Torah’ as a gift from Rabbi Moshe Ashkenazi. The Sefer Torah, originally written for the great tzadikim known as the Brothers of Slavita was then used by the Rebbe on a regular basis and became known as ‘The Rebbe’s Sefer Torah’.