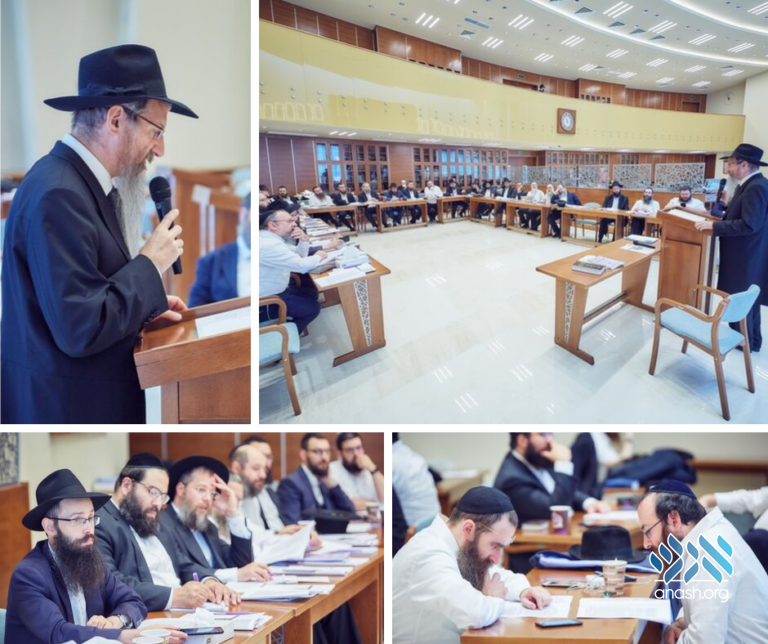 With the Tishrei holidays coming up, there is a lot to be done no matter where one lives. How much more so for those who serve as Rabbis in remote cities throughout Russia. In preparation for the upcoming holidays, about thirty Shluchim gathered together for two days of intense learning. Nigleh, chassidus, halacha and minhagim, with chavrusas, and through formal lectures – these two days charged their spiritual batteries.

The main session was taught by Chief Rabbi of Russia Rabbi Berel Lazar, on the topic of Bishul Aku”m. It was followed by a long question and answer session.

There were additional Torah classes given by Rabbis who are experts in their fields, as well as Dayanim from the Chief Rabbinate of Russia. The listeners avidly filled their “Rabbinical tool boxes” with a plethora of instruments which will help them fill their roles in their respective cities, bringing Yiddishkeit to as many jews as possible. Special emphasis was put on how to work with the children and youth – the future of Russian Jewry, in whom so many resources are invested.

The idea was initiated by Rabbi Zalman Deitch, Shliach to the Russian city of Perm, who teamed up with the director of the “YaHaD Youth Organization”, Shliach Rabbi Mendy Wilansky of Moscow, and together they made it happen. The Shluchim were graciously hosted on the spacious grounds of one of Moscow’s most beautiful Chabad Houses, run by the Shliach Rabbi Alexander Boroda in the Zhukovka neighbourhood. Rabbi Boroda went out of his way to enable the Shluchim to spend two days in utmost comfort so that they can fully recharge and learn without interruption. After two intense days, they returned to their cities, by plane, car, or train, full of renewed energy to celebrate the upcoming holidays and bring yiddishkeit to thousands of Jews throughout Russia.