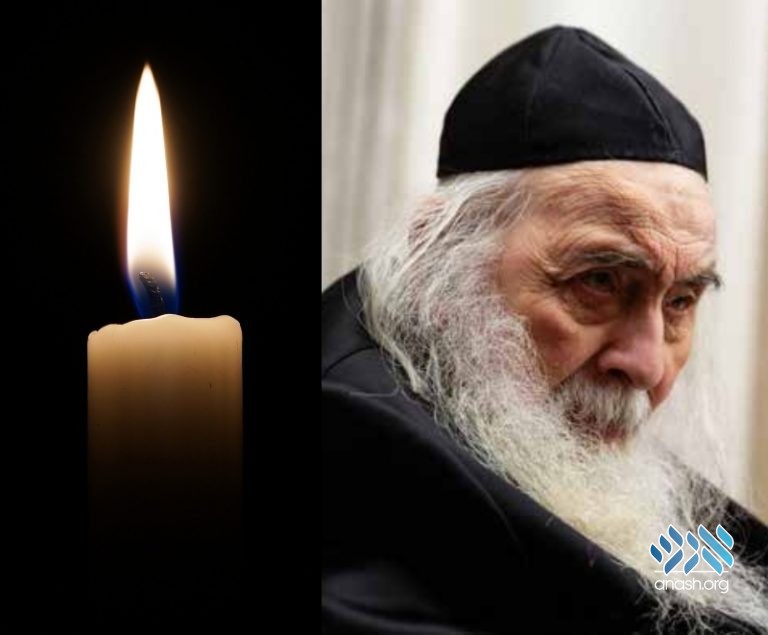 Rabbi Yisroel Yosef Zalmanov, one of the eldest Chabad chassidim in Eretz Yisroel who had a close relationship with the Frierdiker Rebbe and Rebbe, passed away on 7 Av, 5780.

Rabbi Yisroel Yosef Zalmanov, one of the eldest Chabad chassidim in Eretz Yisroel who had a close relationship with the Frierdiker Rebbe and Rebbe, passed away on 7 Av, 5780.

Rabbi Zalmanov was born on the 16th of Menachem Av, 5699 in Warsaw, Poland, to his father, Rabbi Shmuel Zalmanov. Both his father and his grandfather, Rabbi Shraga Faivish Zalmanov, had a close relationship with the families of the Rabbeim.

Shortly after he was born World Word II broke out, and the Frierdiker Rebbe invested much effort in obtaining visas for them to be able to travel to America.

When the Frierdiker Rebbe was taking leave of his chassidim when escaping Warsaw, Rabbi Shmuel Zalmanov came to bid farewell, holding his son Yisroel Yosef in his arms. The Frierdiker Rebbe took the baby and picked him up while he was crying, saying: “I have a part in him, I shed many tears for him”. He then blessed the father and son that they would all meet again in the near future.

After the family emigrated to the United States and settled in Crown Heights near the newly established Lubavitch headquarters, Yisroel Yosef became almost part of the Frierdiker Rebbe’s family, spending many hours in his house at 770 with the family members. For the next few years, Yisroel Yosef had the merit to be the child who asked the questions at the Frierdiker Rebbe’s seder.

Many answers from the Rebbe about minhogei Chabad pertaining to davening and tefillin were in response to questions he posed to the Rebbe, whether in writing or during yechdus.

During his yeshiva years, he studied in Tomchei Tmimim in New York, Montreal and Eretz Yisroel. It was in Eretz Yisroel in 5722 that he married his wife, Yael.

In 5704, the Frierdiker Rebbe instructed his father, Rabbi Shmuel Zalmanov, to record the notes of Chabad Niggunim and publish them in Sefer Hanigunim. After his father’s passing, Rabbi Yisroel Yosef continued the work.

In recent years, he lived in Petach Tikvah, and was considered one of the most esteemed Lubavitcher chassidim in Eretz Yisroel.

Rabbi Zalmanov passed away just minutes before his great-grandson was about to have a bris. After consultation with the Amshinover Rebbe, the baby was named Yisroel, but not Yosef, as the bris was held before the funeral.