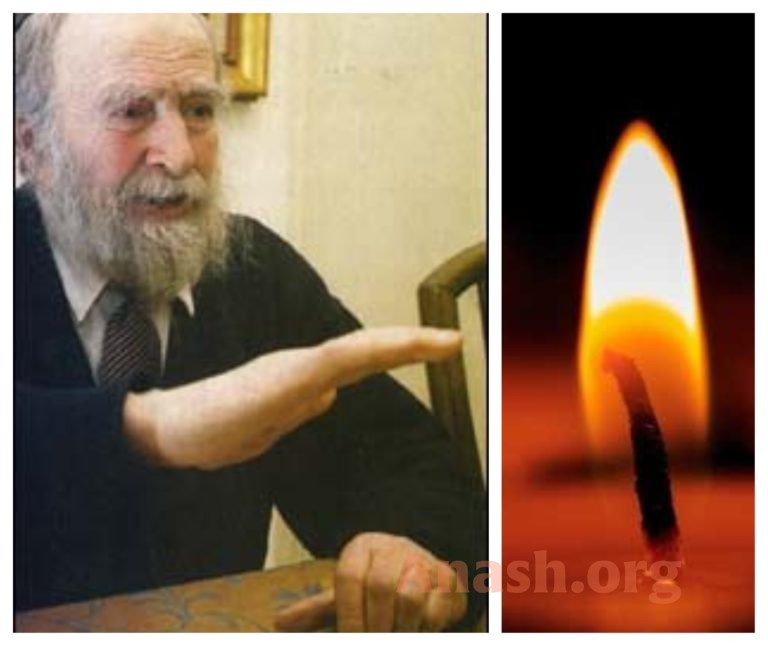 Rabbi Mordechai Zev (Velvel) Averbuch, a long time resident of Crown Heights, passed away today in Eretz Yisroel at the age of 96.

He was born in Berditchev in 5683/1923 to his father Reb Yehuda Tzvi, a descendant of the holy Baal Shem Tov and the Toldos Yaakov Yosef, and was raised during the difficult times of the Communist regime. After World War II he learned and was part of a group of that worked in Ireland. He was for many years the gabbai of the Ksav Sofer shul on Empire Blvd. After his retirement, he joined the Kolel Z’keynim Levi Yitzchok and spent his days learning and davening.

He is the last surviving member of the famous group of children rescued from the communist prison by R’ Teitelbaum h.

He is survived by his wife, Mrs. Ruth Averbuch, and his daughter, Mrs. Rivky Deitch of Yerushalayim, and two other daughters residing in Eretz Yisroel.

Shiva is being observed until Erev Pesach at Rechov Torah MiTzion, 12, Apt. 3, in Yerushalayim.