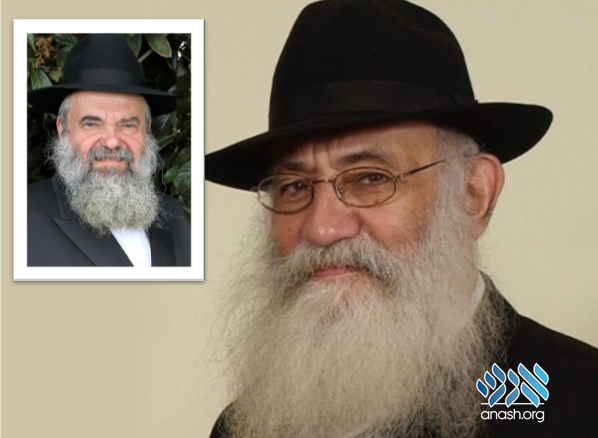 Rabbi Yosef Levin, shliach to Palo Alto, California, reflects on the personality of his father-in-law, Rabbi Sholom Ber Popack, who passed away this past Shabbos.

My father in law passed away last Shabbos.  Rabbi Sholom Ber Popack was one of those people whom you might never notice, but he was one of the most inspiring people I ever met.  There is much I could write, but I will just focus on a few things that inspired me most.

His humility was legendary.  He was a great Torah scholar who studied Torah constantly, yet you would never hear him trying to push his opinion in any way.  In general, I don’t think I ever heard him tell anyone what to do.  If I said something he didn’t agree with, he would repeat what I said with a smile in a questioning tone.

When I got to know him as a yeshiva student, he was running a stationery and toy store.  Before he moved to New York, he was a Rabbi and educator. It was one block away from the yeshiva at 770 Eastern Parkway and I would go there for supplies.  He always had a gentle smile and was known in the community as being very nice to everyone, always greeting customers with a smile.

What was most inspiring to me were two things that demonstrated his devotion to Torah study and his absolute faith in Hashem.  Rabbi Popack lived in an apartment above the store.  He had a manager for the store, and would spend the day upstairs studying Torah, with an intercom in case there were any questions for him.

One of the busiest times for a stationery store is “back to school” time in September.  I would imagine that a large percentage of the business happens at that time.

There are many holidays in September – Rosh Hashana, Yom Kippur, Sukkos and Simchas Torah.  That takes off seven days of business.  Then there are the intermediate days of Sukkos, known as chol hamoed.  There are special laws regarding working during chol hamoed.  It is not a full Yomtov, so we are permitted to do all the things that are generally forbidden on a holiday, but at the same time we are not allowed to go about our business as usual.

The guidelines are that any work that is not necessary for the Holiday is forbidden.  However in a case where there would be a loss, or in case of great need, it is permitted.  So someone who would suffer a great loss in business, or someone who is struggling financially, is permitted to work and do business.  Personally, I don’t know of any businesses that are completely closed on chol hamoed.

Rabbi Popack met both those criteria.  He was not a wealthy man by any stretch of the imagination, and not selling merchandise during that heavy back to school period was a major loss.  Nevertheless, he kept his store closed throughout the holiday.  There was one exception, and I remember being greatly impressed by this when I was a student at the Yeshiva.

Chabad does many outreach programs throughout the year, and especially around holidays.  On Sukkos, many mobile Sukkot would travel throughout New York to invite Jews to participate in the Mitzvos of the Holiday, and supplies were needed for those mobile Sukkos.  That was a Mitzvah, and for that my father in law would allow us into the store to take whatever supplies we needed, have us write down what we took, and then after the holiday he would send a bill for the cost of the supplies.

There are many expressions of religion and devotion to Hashem. When a person sets aside his income and business in order to observe a Mitzvah in the best possible way and to spend his time immersed in Torah study- all without making waves or expecting recognition – this is true greatness and the mark of a truly devoted, G-d fearing man.

His devotion continues on in his family, with many children, grandchildren and great-grandchildren carrying on the Jewish traditions that he embodied. Many of his offspring are in positions of Jewish leadership.  His memory is truly a blessing to his great family and to all who knew him.