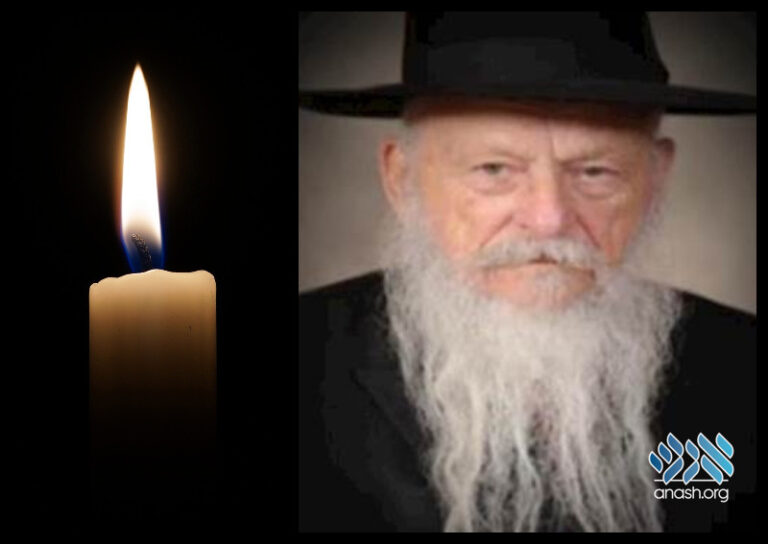 Rabbi Shmuel Chefer, dean of Beis Rivkah in Kfar Chabad and key Chabad activist in Eretz Yisroel, passed away from a heart attack on Shabbos, 17 Nissan.

Rabbi Shmuel Chefer, dean of Beis Rivkah in Kfar Chabad and key Chabad activist in Eretz Yisroel, passed away from a heart attack on Shabbos, 17 Nissan.

Born in 5690/1930 in Budapest, Hungary, he became acquainted with Chabad in the 5714/1954 while on a mission for the Jewish Agency in Morocco. There he met Rabbi Shlomo Matusoff and became fascinated with Chabad.

Upon his return to Eretz Yisroel, he developed his Chabad connection and would often attend the farbrengens of Reb Shlomo Chaim Kesselman in Kfar Chabad, bringing along his students in various kibbutzim.

In 5718/1958, he married Rivkah, daughter of R. Yosef Chaim Rosenblum, one of the respected chassidim of Tel Aviv. After his wedding, he became active in Chabad activities, first in Reshet schools and then in Beis Rivkah.

At the Rebbe’s instructions, in 5721/1960, he took over the struggling Beis Rivkah school which he transformed into a successful enterprise. In response to his new appointment, he traveled to the Rebbe and received numerous instructions. The Rebbe asked to distance the girls’ school from the boys’ schools, and suggested establishing the town of Kfar Chabad Beis adjacent to the original Kfar Chabad to house the Beis Rivkah campus.

Rabbi Chefer headed the committee for Mihu Yehudi, and vice chairman of Aguch of Eretz Yisroel.

In 1968, on a visit to New York to spend Purim with the Rebbe, the Rebbe surprisingly sent him to visit Ames, Iowa, for Purim night with Rabbi Moshe Feller. At the Purim farbrengen, the Rebbe describing his feelings and reminded him that, “It’s possible to be two thousand miles away physically and be right here next to me, and it’s possible to sit right here next to me and be two thousand miles away.”