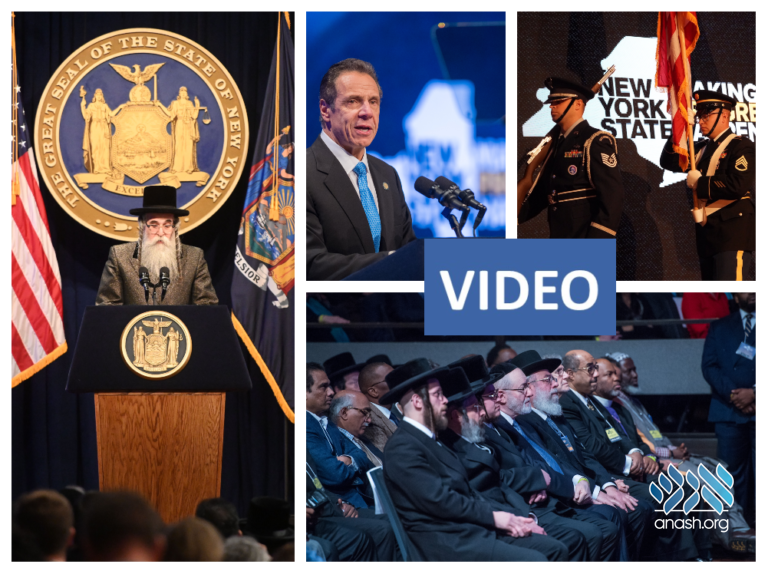 The rebbe whose house in Monsey was the site of the Chanukah anti-Semitic attack delivered the invocation at the NY “State of the State” address today by Gov. Andrew Cuomo.

The rebbe whose house in Monsey was the scene of one of the worst anti-Semitic violence in years, delivered the invocation at the NY “State of the State” address today by Gov. Andrew Cuomo. This marked the first time a Chassidish Rav has given the blessing.

Rabbi Chaim Leibish Rottenberg, the Kossoner rebbe of Forshay Road, was visited by Governor Cuomo after the vicious attack in his home on Motzei Shabbos Chanukah.

Rabbi Rottenberg praised the “resilience of the Jewish people” and spoke with pride of his congregants, who continued their Chanukkah celebration the next day in spite of the horror of the attack.

Early in his speech, Gov. Cuomo recognized Rottenberg and Josef Gluck, a 32-year-old Monsey resident credited with using a wooden table to help put an end to the attack.

The governor called the Monsey attack “intolerable,” vowing to defend the Orthodox Jewish people from anti-Semitism.

“I want you to know that I speak for all the people of the state of New York when I say we stand in solidarity and love with you and your community,” Cuomo said. “It is appalling what happened.”

Cuomo used his speech to reiterate his call for a law bolstering penalties for hate crimes that result in mass casualties, making them punishable by life in prison without parole.

He also called for a funding boost for State Police’s hate crimes task force, as well as bolstering tolerance education in schools.

“New York is not New York without the Jewish community,” Cuomo said. “Period.”

Governor Cuomo’s 2020 State of the State agenda also included more than 30 proposals that he has outlined on his website. Many of the proposals are in line with so-called ‘progressive’ agendas including banning the use of single-use styrofoam food containers and advancing net neutrality.

Other proposals include those that would not immediately impact the budget, as well as those that could bring in revenues for the state. Currently, the state is beginning the new year facing a $6 billion budget gap.