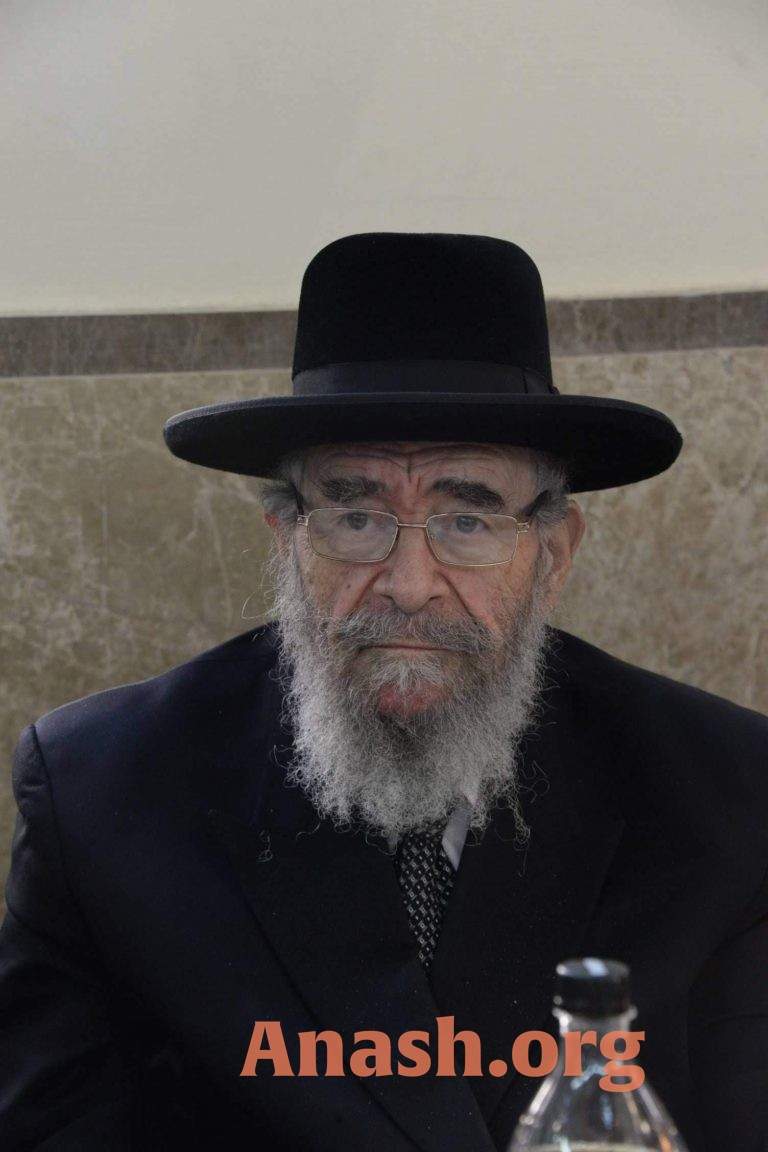 Rabbi Moshe Yehuda Leib Landa, a noted scholar, halachic authority, dedicated  chief rabbi of Bnei Brak, the Israeli city famed as a center of Torah scholarship, passed away after Shabbos at Laniado hospital in Netanya. He was 83 years old.

Widely regarded as a “rabbi’s rabbi” and a standard-bearer for rabbinic integrity, Landa was appointed head of the Bnei Brak rabbinate in 1986. He gained international renown for his highly regarded scholarship and kosher supervision, which he provided at no cost to any company willing to comply with his exacting requirements.

At the funeral procession for Rabbi Landa held in Netanya after Shabbos, the Rebbe of Sanz stated that the loss will be felt by everyone, as those involved with kashrus would always ask among themselves, “What will Rabbi Landa say?”

Rabbi Landa’s expertise and practical approach as a halachic decisor had rabbis from around the world seek his opinion and assistance in solving some of their most difficult issues and disputes.

Moshe Yehuda Leib was born in 1935 to Rabbi Yaakov and Chaya Mina Landa in the British Mandate town of Ramatayim, now incorporated into Hod Hasharon, Israel, where his father, served as rabbi. After a little more than a year in Ramatayim, the Landas moved to Bnei Brak, where Rabbi Yaakov Landa was appointed chief rabbi, a position he would hold for 50 years.

A product of the Chabad yeshivah in the hamlet of Lubavitch, the elder Rabbi Landa had been encouraged to enter the rabbinate by the fifth Chabad rebbe, Rabbi Shalom Dov Ber Schneerson. At one time, he served as household rabbi in the Rebbe’s home in Rostov, and was instrumental in planning and supervising the construction of a mikvah in the city, which set the pattern by which Chabad mikvahs are constructed.

Young Moshe Yehuda was raised in an atmosphere of Chassidic inspiration and Torah scholarship. After studying at Yeshivas Ohr Yisrael in Petach Tikvah and the Ponovezh yeshivah in Bnei Brak, he transferred to the Chabad yeshivah in Lod, where he was deeply influenced by the famed mashpia (Chassidic mentor), Rabbi Shlomo Chaim Kesselman.

In 1958, he married and settled in Bnei Brak. In 1964, he was asked to join the faculty of the Chabad yeshivah, which had since moved to Kfar Chabad, a position he would keep with devotion for 23 years.

As his father aged, the young Rabbi Landa began to assist him in his ever-increasing rabbinic duties as Bnei Brak burgeoned into a religious metropolis. His portfolio included providing kosher supervision and providing religious guidance to the many who turned to his father on a daily basis.

In 1986, the elder Rabbi Landa passed away, and his son was appointed to succeed him at the funeral. The appointment was initially controversial, as some non-Chassidic leaders of the city bristled at the thought that the rabbi of the city was not from their own group. However, his rabbinate was supported by the majority of city’s rabbinic leadership and residents, who saw him as a fair, learned and strong leader.

Rabbi Landa continued in his father’s ways, including refusing payment for kosher supervision and arbitration, ensuring that his rulings were guided solely by Torah principles. He was revered as a uniting force in a city full of strong leaders, and competing ideologies and worldviews.

During his tenure, he established the acclaimed Lishkat Halachah Lemaaseh (“ of practical ”), through which thousands receive guidance on questions of Jewish law.

He is also survived by his brother, Rabbi Eliyahu Landa of Bnei Brak.

Rabbi Landa’s funeral took in Bnei Brak on Sunday and was attended by thousands. During the course of the funeral, it was announced that he would be succeeded by his son, Rabbi Yitzchok Eizik Landa, who had trained under his father and assisted greatly in administering kosher certification, alongside Rabbi Shevach Tzvi Rosenblatt, who will share the rabbinic leadership of the city. The rabbis of the city asked that business in the city close during the funeral.