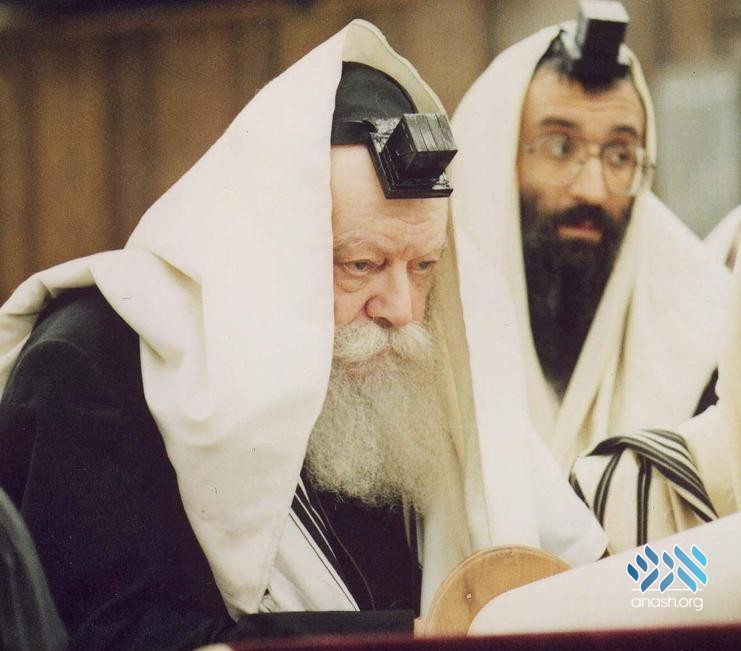 From the Anash.org inbox: A resident of Crown Heights shares personal reflections of Rabbi Don Yoel Levy a”h, shedding light on some of the less-known aspects of his activism and generosity.

By a grateful member of the Crown Heights community

Much has been written about Rabbi Don Yoel Levy’s leadership of one of the world’s largest kashrus agencies, his philanthropic endeavors, and his vast knowledge. But Rabbi Levy was much more than that. Despite his signature humility, he stood larger than life.

All of Rabbi Levy’s accomplishments shared one common denominator: first and foremost, he was the Rebbe’s chossid. The Rebbe’s directives were his shlichus, and the Rebbe’s mivtzoim were the platform from which he spread them to the world.

The OK symbol on products worldwide was not, in Rabbi Levy’s view, an occupation or profession. As a devoted shliach of the Rebbe, he saw it as his zechus to spread Mivtzah Kashrus. The high standards that he enforced empowered Yidden to observe this mitzvah at its best, in all four corners of the globe.

Rabbi Levy touched each of our lives in a most personal and practical way. Have you ever stopped to reflect that the shluchim, my children and yours, living in the most remote alcoves of the United States, are his greatest beneficiaries? They can put pas Yisroel bread, of the highest kashrus and nutritional quality, on their tables, thanks to his endeavors. Our grandchildren enjoy pas Yisroel cakes and cookies on Shabbos morning, just like their Crown Heights counterparts.

Mivtzah Kashrus has been called the “door” to all mivtzoim. Whereas many unaffiliated Jews are afraid to let religious practice into their homes, kosher food items seem non- threatening. Kashrus identifies people with their traditions and opens the door for other mitzvos to follow.

Rabbi Levy also was a supporter of mikvaos, fulfillling the Rebbe’s vision of spreading Taharas Hamishpachah.

Much has been noted about Rabbi Levy being a talmid chochom of great stature and the distinguished smichos that he earned.  What is not known to the public is that Rabbi Levy was a man of great discipline; he arose in the wee hours of the morning when others were still calling it night. Rabbi Levy was a walking Mivtza Talmud Torah. He was a perpetual talmid and was קובע generous עיתים לתורה. His travels around the world did not interfere with his principles and priorities.

One of his greatest priorities was his exceptional kibbud av va’em. After the untimely passing of his father, he devoted himself to his mother’s care and well-being. Despite his many professional and communal obligations, that was the center of his life.

When the Rebbe encouraged בית מלא ספרים, Rabbi Levy enthusiastically invested in this mivtza in the best way possible. But his extensive library was not built to showcase collectors’ items. Instead, it served to greatly expand his קביעת עיתים לתורה even more.

As the Rebbe promoted Mivtza Chinuch, so did Rabbi Levy’s dedication make it happen. He believed in educational causes when they were just someone’s dream, and helped to turn them into reality. It was his belief, encouragement, and support that developed many of our chinuch endeavors which thrive today. His tuition and camp scholarship funds enabled many to receive a proper education, molding them into the best people that they could be.

Rabbi Levy’s business was his shlichus, and not for one second did he forget that. His standards in ruchniyus were high, while his standards of personal gashmiyus were not. He was always mindful that giving tzedakah was a zchus. Hashem gave to him, only in order for him to give to others. His life was focused on others’ needs. He gave very generously, and often, anonymously.

Self-indulgence was not in his vocabulary. He led a healthy lifestyle and maintained a youthful vigor, in order to be an effective soldier in the Rebbe’s army.

Rabbi Levy took a personal interest in all those who crossed his path, professionally or otherwise. People were not business associates. They were Yidden, deserving of his love and respect.

Perhaps his shul, Bais Eliezer Yitzchok, is the ultimate model of his Ahavas Yisroel.  Nestled among the tightly knit buildings on Kingston Avenue between Montgomery and Crown Streets, the shul with its stately columns resonates with the sound of joyful tefillah. People usually stop and listen to the singing coming from inside, because this shul is different. It has a special aura of simchas Shabbos V’Yom Tov, reflecting people who are not in a rush to finish davening. They savor every moment of the kedusha and inspiration of the day.

It was in the establishment of this shul that Rabbi Levy’s exceptional persona radiated his ahavas Yisroel that knew no bounds. He founded the shul with a vision of creating a family. It is not just a makom tefilla, but a place where “חסידים זיינען איין משפחה” vibrates from its very being.

His nephew, Rabbi Kalman Weinfeld, gabai of the Shul, followed Rabbi Levy’s directives to create a place of warmth and kedusha, where people feel they belong.

The generous Shabbos kiddushim, punctuated by Rabbi Levy’s inspiring divrei torah, and the special chasidishe yomim tovim farbrengens, would bring chassidus to life. For those not fortunate to have family, the shul became their family. On Simchas Torah, people would forget their personal loneliness, as the shul hosts seudos as bountiful in spirit as they are in food.

But Rabbi Levy’s ahavas Yisroel did not stop there. He was mindful of the multitude of guests visiting Crown Heights during Tishrei with nowhere to go, and was a major sponsor of the outdoor kiddushim in front of 770.

This past Yud Shvat, Beis Eliezer Yitzchak graciously hosted a joint farbrengen with Chevrah Shas, whose Rov, Rabbi Mordechai Gurary, co-farbrenged with Rabbi Levy. No one knew then that they would both be torn from us so abruptly just a few months later.

There were so many times that I wanted to express my hakoras hatov to Rabbi Levy for all he does for the klal. As is true of many of our good intentions, I never did so. Little did I know of the fragility of life that lay ahead of us.

Rabbi Levy, I’m sure that from the kisei hakovod you are listening, and you hear me now.