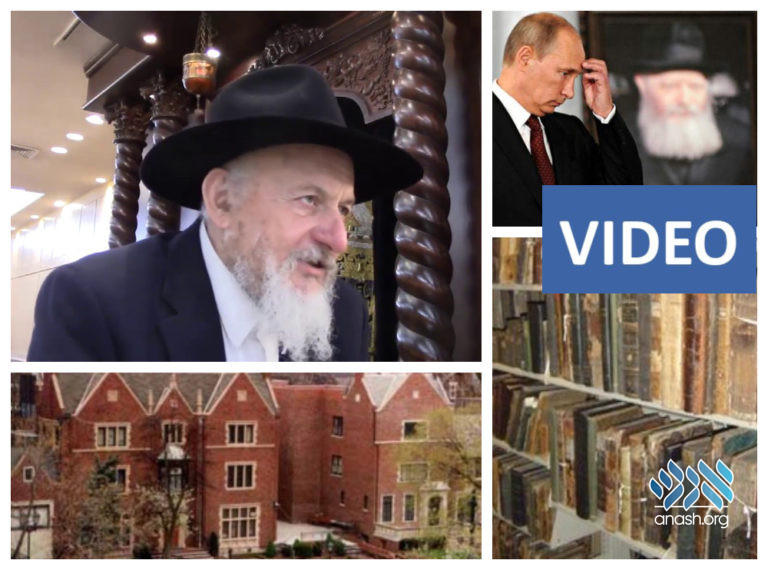 Director of the Central Chabad-Lubavitch Research Library at 770, Rabbi Shalom Dover Levin, responds for the first time to the arrest warrant issued against him in Moscow, and presents a comprehensive timeline from the beginning of the case to the present day.

In the sicha of Hey Teves 5748, the Rebbe said: “When this day comes, every year, we ‘remember’ “נזכרים”, and through remembering ‘we act’ “נעשים”, the same matters that happened on this date the first time – to establish an auspicious day “יום סגולה” and a time of heavenly mercy “עת רצון” with everything connected to the victory of the seforim.”

Let us hope, therefore, that, before Hey Teves this year, the decision will come to return the seforim of our Rabbeim, which are in Moscow, to their true place, in the library of Agudas Chassidei Chabad.

Recently, however, a few things have happened recently regarding the court case on the seforim:

(A) The Federal Court ordered that the seforim must be returned to the Agudas Chassidei Chabad Library, and daily fines are to be imposed until the seforim are returned.

(B) An arrest warrant was issued against Rabbi Sholom Ber Levin in the Moscow court.

(C) The seforim were transferred from the Moscow Public Library to the Library of the Moscow Jewish Museum.

The general public reading about the above three details can get quite confused. In a recent shiur, Rabbi Levin made some order of the mess, explaining the timeline of the events, based on journals and diaries when he was in Russia at the start of the events, over two decades ago.

Chapter One: The Moscow Book Trial. The trial which was held in the winter of 1992, according to the Rebbe’s directives. The trial and the judgment given. The appeal filed by the Minister of Culture. The final judgment, and its annullment by the Moscow administration.

Chapter Two: Some of the seforim come back. In the winter of 1994 the President and the Vice-President of the United States brought some of the seforim back to their proper place (as the ‘loan’). The Ministry of Culture tried to have Rabbi Levin sign on the “borrowing” request. A lawsuit is filed against Chabad by the International Association of Libraries and Institutions. The trial in Moscow and the arrest warrant issued against Rabbi Levin.

Click here for a pdf accompaniment to the shiur.