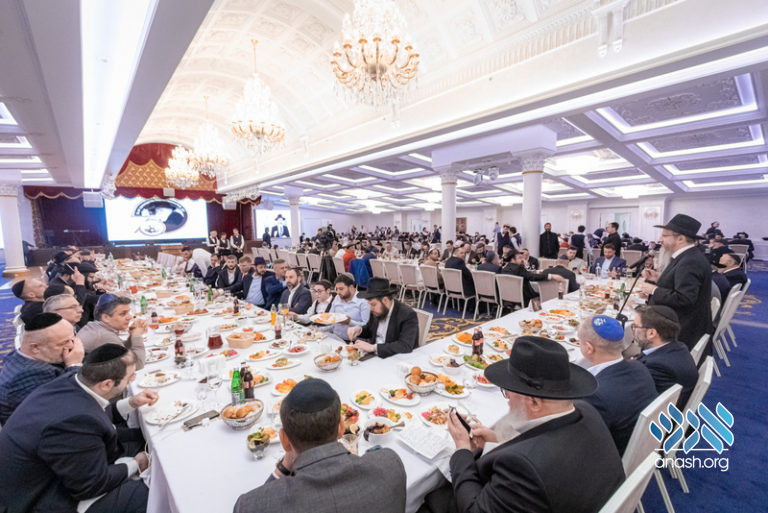 The entire Jewish community of Moscow gathered for a central farbrengen marking Yud Shevat – 70 years of the Rebbe’s leadership.

The farbrengen was led by Chief Rabbi Berel Lazar, Rabbi Shlomo Galperin, who came especially from the United States, and R. Levi Leviev. Each inspiring the audience in their own unique way.

The highlight of the farbrengen was when Chief Rabbi Berel Lazar announced the establishment of 71 new institutions in Russia. Four new Chabad houses will soon be opened in Moscow, which will join the dozens of Chabad houses operating in the city for the hundreds of thousands of Jews in Russia’s capital.