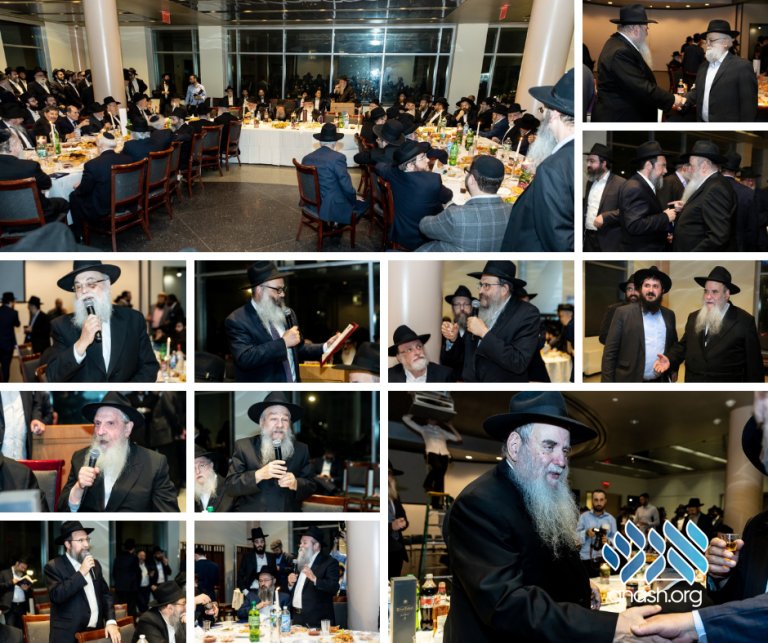 Hosted at the Jewish Children’s Museum, more than 500 people participated in the gathering, including many shluchim from around the world, baalei baatim, and members of Anash.

The shluchim shared stories of Rabbi Kotlarsky, and expressed thanks for his always being available to help out a shliach in any situation, at any time.

Video presentations including excerpts from the Rebbe on the significance of the 70th year, as well as short clips of well-wishers from around the world were played during the farbrengen.

Also present was New York City Council Member Mathieu Eugene, who spoke for a few minutes, and ended off saying that Tuesday would be happily declared as “Rabbi Moshe Day” in New York City, in appreciation of the tremendous work of Rabbi Kotlarsky.

A sefer was prepared for the occasion, including excerpts about the significance of the 70th year.

Following the speakers, and lively farbrengen continued until late into the night.