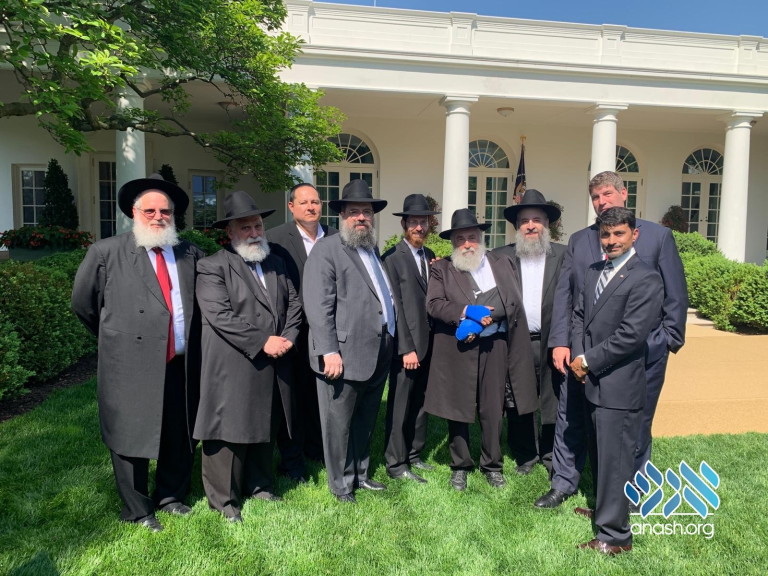 Just five days after he lost his right indexfinger to bullets sprayed from the gun of an anti-Semitic white-nationalist in the lobby of the synagogue he founded, Rabbi Yisroel Goldstein was an honored guest at the National Day of Prayer in the White House in Washington, D.C.

In the aftermath of the terror shooting that claimed one life and injured three on the morning of the last day of Passover at Chabad of Poway in Southern California, the rabbi has been on a whirlwind spree of comforting, assuring, encouraging and embracing.

With bandages on his hands in and bags under his eyes, the rabbi took to national airwaves and opinion pages to urge Americans to increase in acts of goodness and kindness, to combat darkness with light and evil with goodness.

If asked to speak at the event, which is hosted by U.S. President Donald Trump, the rabbi says he plans to use the platform to spread his message, inspired by the teachings of the Lubavitcher Rebbe—Rabbi Menachem M. Schneerson, of righteous memory.

The invitation followed a 15-minute phone conversation that the president had with the rabbi as he recovered from the shooting.

At last night’s dinner preceding the event, the President said, “All of us in this room send our love and prayers to the Jewish Americans wounded at the Chabad of Poway shooting in California, so tragic, so horrible, and our hearts break for the life of Lori Gilbert-Kaye who was so wickedly taken from us…”

In addition to several Chabad-Lubavitch rabbis, Goldstein will be accompanied by congregants and fellow heroes of the attack, Oscar Stewart, the combat veteran who chased the shooter from the synagogue, and Jonathan Morales, the off-duty border-patrol agent who took up the chase and managed to shoot the attacker’s car several times.