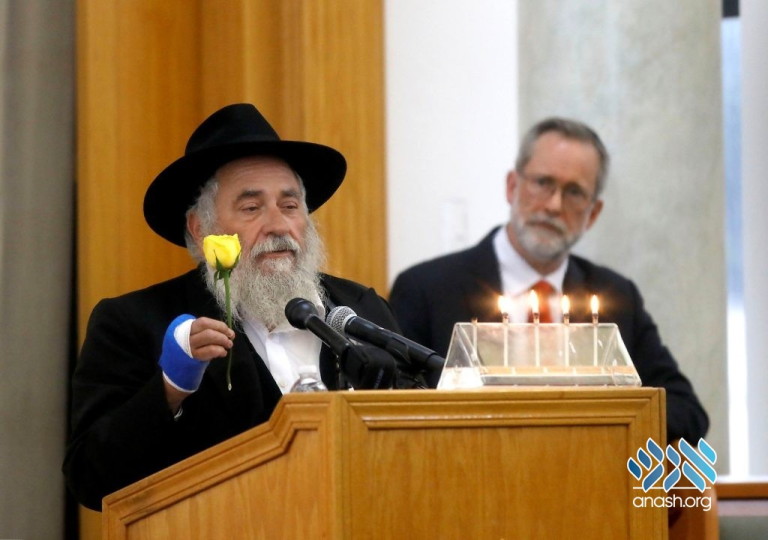 Rabbi Yisroel Goldstein, was invited by President Trump to Washington, D.C., to attend the National Day of Prayer event at the White House.

Times of San Diego reported that President Donald Trump extended the invitation to Rabbi Goldstein earlier this week when he called to offer his condolences.

Rabbi Goldstein also met with Jason Greenblatt, President Trump’s advisor on Israel, who described Goldstein as “a pillar of strength.”

Rabbi Goldstein will be joined at the White House gathering by Oscar Stewart, the combat veteran who confronted the shooter and forced him to flee, Jonathan Morales, the off-duty border patrol agent who engaged the shooter as he fled from Stewart, Rabbi Yonah Fradkin, Regional Director of Chabad of San Diego, and Rabbi Yeruchem Eilfort of Chabad of La Costa.