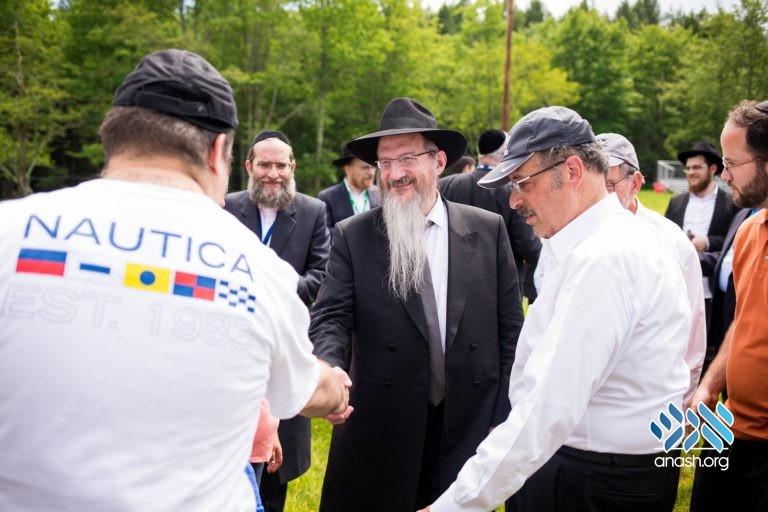 Russian Chief Rabbi Berel Lazar arrived from Moscow last week Thursday for a brief visit marking the 25th yahrtzeit of the Lubavitcher Rebbe on Shabbos. Although Rabbi Lazar was aware of CAMP HASC he recently became personally acquainted with Camp HASC and their amazing Summer program and decided on his very brief visit to the United States to allocate some of his precious time to visit the camp.

Last minute arrangements were made by the well know askan, Eli Rowe, to “chopper” Rabbi Lazar to Camp HASC on Sunday. A tour of the camp was led by Abe Eisner, HASC Center board president, Shmiel Kahn, camp director and Reb Juda Mischel, camp executive director.

Rabbi Lazar was touched by the humanitarian and medical care provided by the camp for the severely and frail handicapped campers. His divrei chizuk to the staff  and need to expand the camp is evident as he delivered a short but  powerful drasha prior to boarding the chopper to JFK Airport and back to Moscow.

“It was a great honor to host Harav Lazar and important for him to see firsthand the uniqueness of CAMP HASC which is only understood when seen in person”, said Abe Eisner who facilitated the visit by the Chief Rabbi.