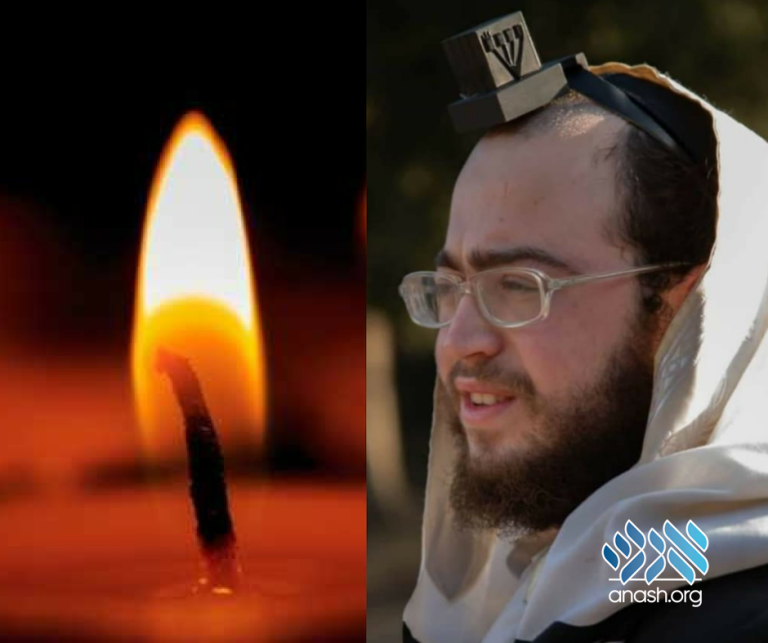 A young father is the latest victim of Gaza terror after a rocket exploded next to an apartment building in Ashdod. R’ Pinchas Menahem Pshewezman, HY”D, 21, a Gerrer chosid, was R”L killed from a rocket. He is the father of a young child.

Emergency personnel from United Hatzalah, Magen David Adom treated him and rushed him to the hospital for further care. At the time of transport, he was unconscious, and in traumatic arrest.

According to initial reports, was driving when the siren went off. He reportedly exited his vehicle and attempted to run for cover. Unfortunately, the rocket landed near him causing critical injuries which he soon succumbed to.

The Niftar is a son to HaRav Chaim Dov, a well-known Posek in Ger in Beit Shemesh. He was named after the Pnei Menachem of Gur. He is a son-in-law of Rav Yitzchok Brauner.

He is reportedly an American citizen.