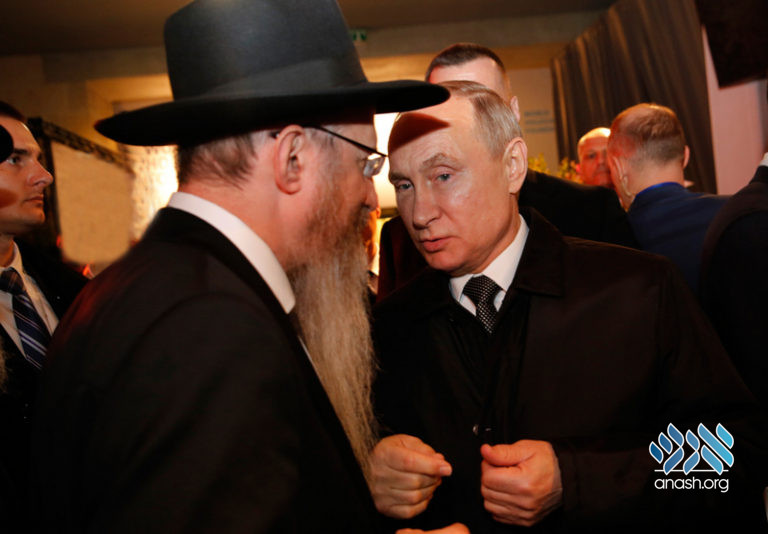 The Russian Jewish community have expressed great satisfaction from President Vladimir Putin‘s impressive visit to Israel as part of the 75th anniversary of the liberation of the Auschwitz extermination camp by Red Army forces and the end of World War II.

Chief Rabbi of Russia Rabbi Berel Lazar joined President Putin as part of the official Russian delegation. During the trip, the president related to the chief rabbi his deep satisfaction with the official visit.

The president also updated the chief rabbi about his meeting with Prime Minister Benjamin Netanyahu and Mrs. Yaffe Issachar, regarding the imprisonment of her daughter Naama, who is imprisoned in Moscow, on trumped up charges.

These developments come in light of the quiet diplomacy that Chief Rabbi Lazar conducted on her behalf, along with the significant help that the Jewish community in Moscow has provided to the family from the time of arrest.

Putin also participated in the inauguration of a monument in the Sacher Garden in Yerushalayim in memory of those killed in the 900-day siege of Leningrad.