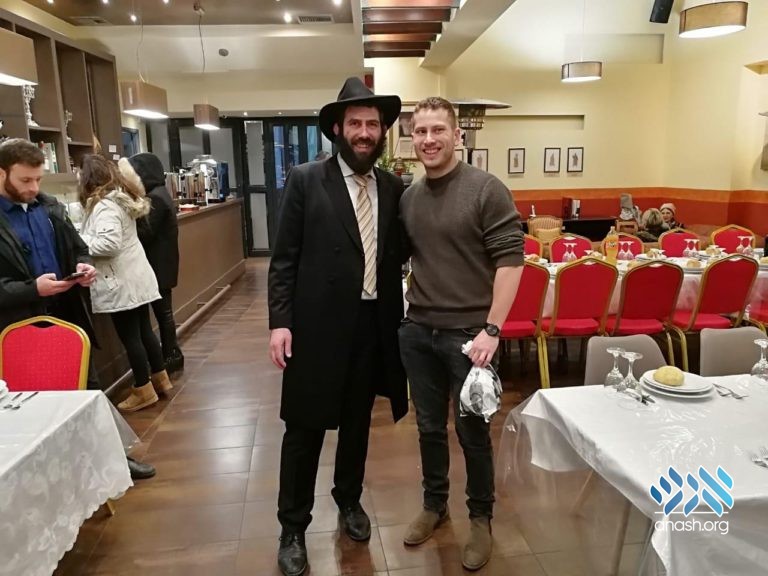 Chabad of Athens, Greece, hosted a special guest this Shabbos. Avner Netanyahu, who joined his father Prime Minister Benjamin Netanyahu on a trip to Greece, spent Friday night at the Chabad House of Rabbi Mendel Hendel.

Avner who is Shomer Shabbos, made sure to arrived early and walked back to his hotel after seudas shabbos.

The Prime Minister was expected at the Chabad House as well, but he was forced to cut short his trip to Greece, and return to Israel following the assassination of Iranian General Qassem Soleimani, head of Iran’s Quds Force.