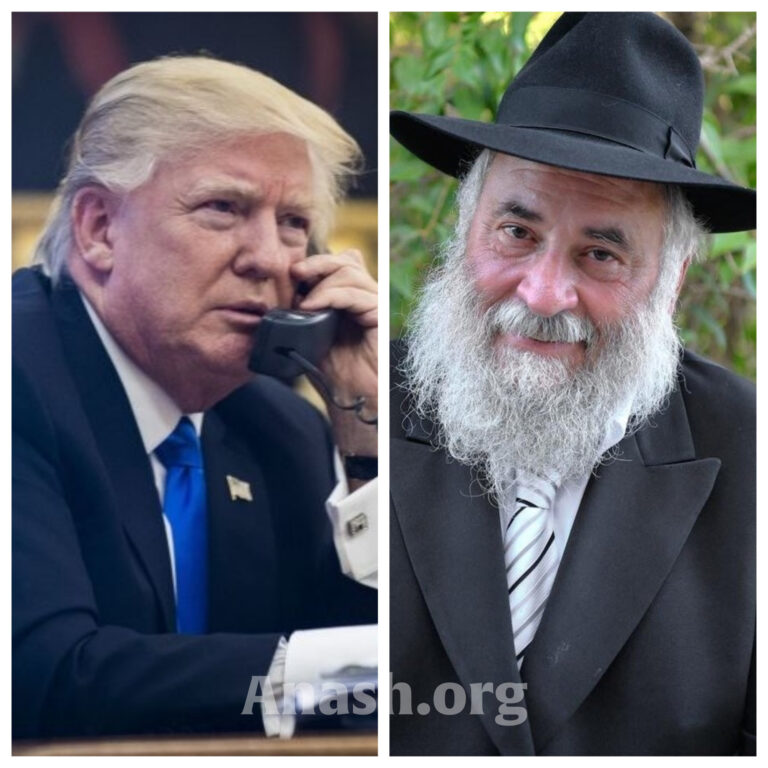 President Donald Trump placed a condolence call to the rabbi of the Poway California shul, where a shooting Saturday killed one and injured three others.

“He spoke about his love of peace and Judaism and Israel,” said Rabbi Yisroel Goldstein, of Chabad of Poway, speaking Sunday to the press in front of his congregation.

The rabbi said he was “amazed” to hear from an American president, and the call lasted between 10 and 15 minutes.

“He was so comforting,” the rabbi said.

The incident is being treated as a hate crime, and the gunman, John Earnest, 19, has been charged Sunday with one count of first-degree murder and three counts of attempted murder.

Elected officials across the political spectrum have condemned Saturday’s violence, which coincided with the final day of Passover and came six months after a shooting at a Pittsburgh synagogue killed 11 people.