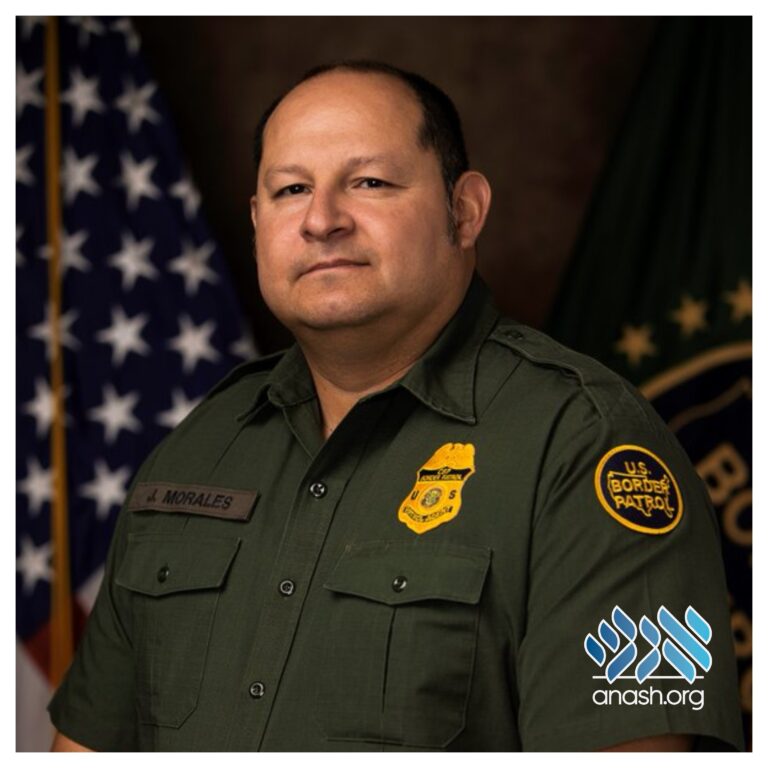 On April 27, 2019, U.S. Border Patrol agent Jonathon Morales left his house and headed toward Congregation Chabad of Poway, California. It was Acharon shel Pesach, and the shul was filled with worshippers coming to celebrate the final day of yom tov.

Morales, who had only recently begun reconnecting with his yiddishkeit, was there at 11:23 a.m. when shots rang out in the building, killing Lori Kaye hy”d and injuring three others, including shliach Rabbi Yisroel Goldstein. As the panicked crowd fled, he retrieved his weapon and chased after the gunman, firing shots as he ran. He missed the perpetrator, but hit his car; the gunman was arrested shortly after.

“It was supposed to be a joyous, festive event and we were attacked with our backs turned,” Morales said, addressing the crowd at the White House’s National Day of Prayer ceremony just days after the attack. “Brave people stood up and confronted this person and we ended the situation the best we could with the resources we had.”

At a ceremony last weekend, Morales was declared Police Officer of the Year by the International Association of Chiefs of Police. Following the ceremony, several government officials took to Twitter to congratulate and thank him for his service.

Back in May, Morales quoted the Rebbe in his address at the White House. “I’d like to use a quote from the Lubavitcher Rebbe,” he began. “In order to fight these random acts of violence, we must continue to do random acts of kindness. All of us must continue doing mitzvot and good deeds to overcome this evilness.”