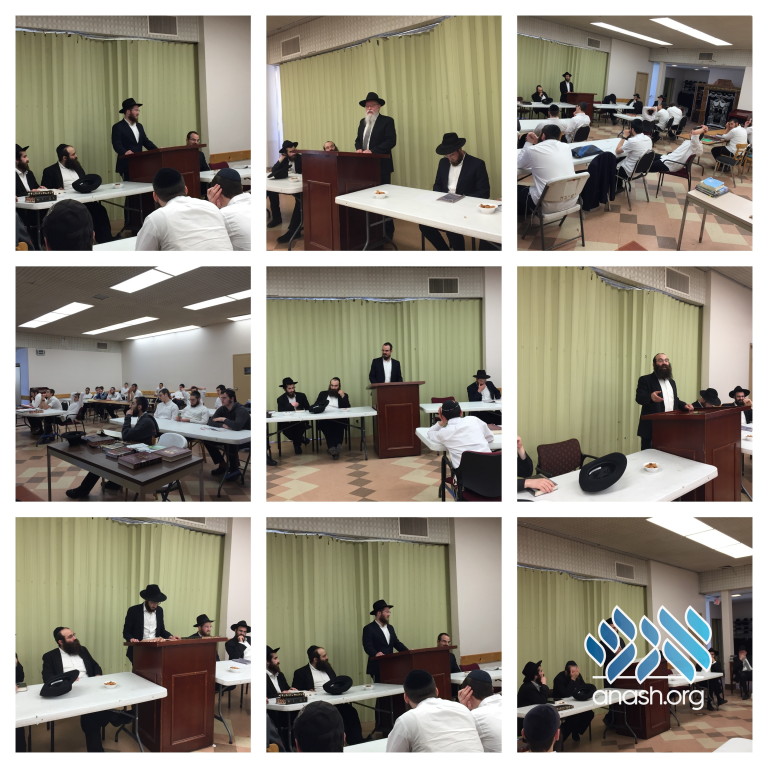 When the shluchim to Yeshiva Gedola of Postville returned from spending Shavuos by the Rebbe, they got to work organizing a Kinus Torah as per the Rebbe’s hora’ah.

The kinus, which was attended by both mesivta and zal bochurim, featured an engaging lineup of speakers.

Hatomim hashliach Moshe Sirota emceed the event; he began by calling upon special guest Rabbi Bentzion Friedman to share a sicha of the Rebbe.

Hatomim Sholom Ber Hendel spoke about anti-Semitism and the causes for it in the light of the Rebbe’s Torah.

The mashgiach, Rabbi Yakov Kopel Zirkind delved into the subject of taking on Shabbos early – after the plag.

The mashpia, Rabbi Gavriel Levin spoke about the differences in halacha between men and women.