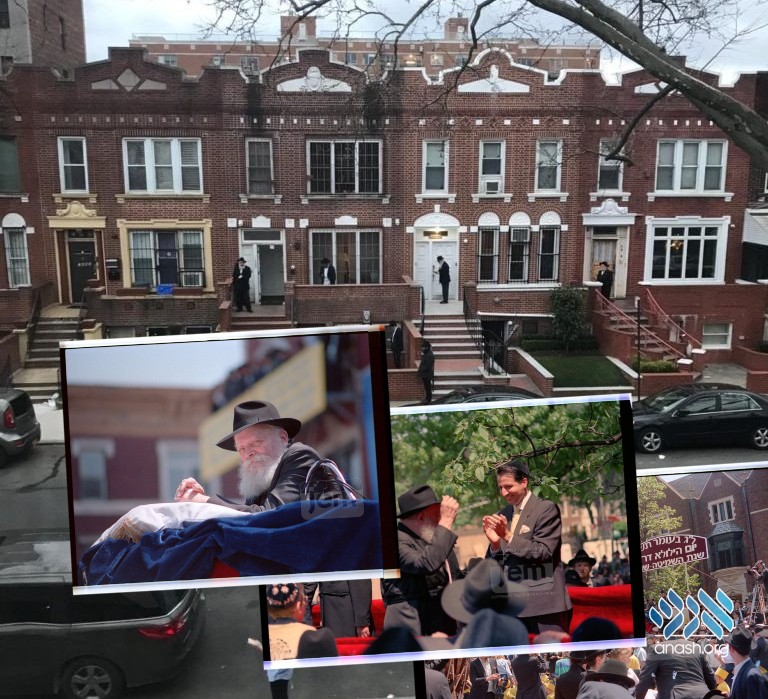 A young boy digging in some old boxes and a social-distancing conversation after a ‘porch minyan’ brought to light previously unknown pictures of the Rebbe by the Lag B’Omer parade in 5747.

Lag B’omer is a day of revelation of the deepest secrets of Torah. This year a new revelation thirty-three years in the making came to light just in time for Lag B’omer.

It all started when ten year-old Rafael Chudaitov of Crown Heights was going through boxes of his father’s old photos. The moment he came across a stack of photos of a Lag B’omer parade with the Rebbe, he knew he was holding something special.

As Divine providence would have it, Rafael, along with his father Rachamim, who had captured the photos, had recently met some Yeshiva students at his block’s “porch Minyan.” When Rafael walked over with the pile of newly-found photos, the students were smitten by the incredibly vivid color and sharpness of the 33 year old images.

Taking care to keep social distance, right there on the sidewalk, the two held a conference with Rachamim and his young son, urging them to make the photos available to the wider public.

Gladly and with open hearts, within 36 hours, the Chudaitovs located the original negatives. 24 hours later, the negatives were scanned by The Living Archive staff and quickly uploaded to TheLivingArchive.org, joining the hundreds of thousands of other photos of the Rebbe that, over the past fifteen years, have been scanned, organized and made public through JEM’s Living Archive project.

Please partner with us to share your precious treasures with the world. The JEM Team will be happy to work with you to identify, restore and publish your photos. The zchus will be all yours.