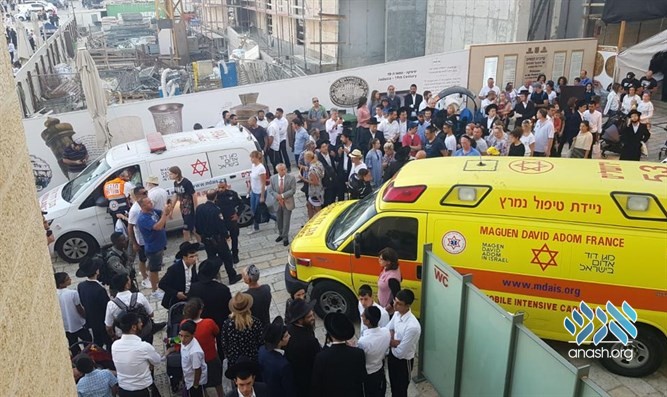 A police officer was stabbed in a terror attack in Yerushalayim’s Old City, Thursday afternoon.

United Hatzalah says their volunteers treated one person for a stabbing after he was stabbed by the Shalshelet Gate in the Old City. The victim is in light-to-moderate condition.

United Hatzalah Paramedic and Vice President Dov Maisel who was one of the first responders at the scene said: “The stabbing victim was treated at the scene for a stab wound in his upper body, following which he was transported to the hospital for further care while fully conscious.”