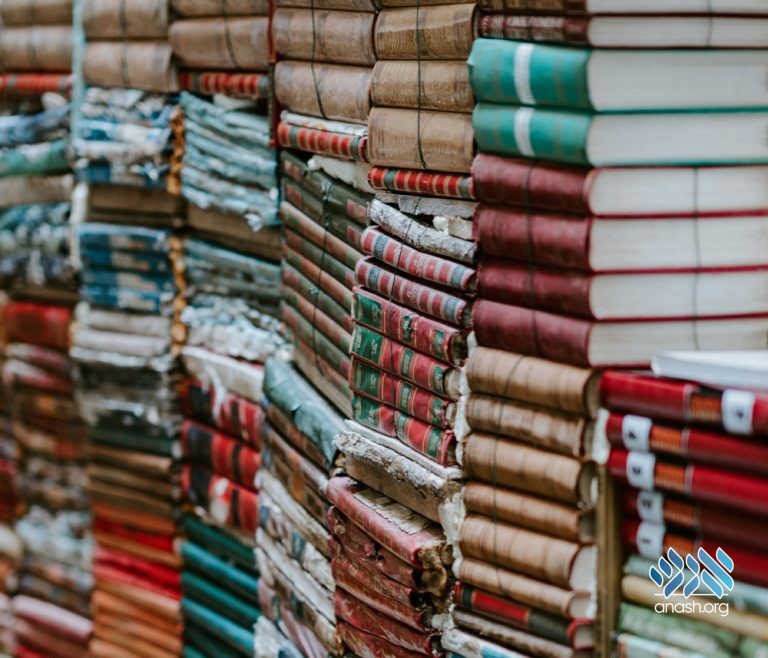 Motzei Shabbos Story: After lying unconscious for days, Rabbi Elimelech of Lizhensk’s eyes fluttered open. Having glimpsed the afterlife, Rabbi Elimelech shared a story of his time in Heaven.

After lying unconscious for days, clammy with cold sweat and hovering between life and death, Rabbi Elimelech of Lizhensk’s eyes fluttered open. His students, who were gathered around his bed, felt the dread constricting their hearts relax a little. A slow recovery followed, but he eventually regained his full health. Having glimpsed the afterlife, Rabbi Elimelech shared a story of his time in Heaven:

Upon reaching Heaven, Rabbi Elimelech encountered Rabbi Avraham Azulai, author of the kabbalistic work Chesed leAvraham. The two spent many hours strolling through gardens perfumed by sweet flowers, listening to snatches of conversation between the angels. All the while, Rabbi Avraham kept expressing a fervorous admiration for the nascent Chassidic movement, and more than anything, he wanted to show Rabbi Elimelech the rewards that awaited those who adopted its ways. The two set out.

As they climbed a small hill, a magnificent structure rose into view. The thunderous sound of Torah learning boomed from the tall, gleaming windows. It was a grandiose house of study. Rabbi Elimelech approached the exquisite front doors and was pleasantly surprised to recognize a man standing there—the bookbinder from Lizhensk.

“Mordechai,” chuckled Rabbi Elimelech heartily. “What brings you to this yeshivah?”

Mordechai regarded Rabbi Elimelech with a solemn stare. “Rabbi, if someone overheard that, you would’ve been admonished. Here, I’m actually called ‘Reb Mordechai.’”

“I meant no offense,” said Rabbi Elimelech quickly. “Ever since we’ve met, I’ve always known you to be a simple individual. Why indeed have you earned such an honor to learn here?”

Mordechai acknowledged the mistake with a nod.

“Despite my history as a rather simple Jew,” he said, “things changed once I ascended here.” And he began his story . . .

In the moments following my death, I was brought before the Heavenly Court. The proceedings began immediately, and a spotlight was thrown on my past conduct. Rooted to the floor with dread, I watched angels flitting into the room, carrying every good and bad deed I’d ever committed and setting them on the scales positioned in the room’s center. The slightest fluctuation sent my pulse racing.

But evidence of sins continued to emerge and overweigh my good deeds, and the uneasiness gnawing at me worsened. I swayed, vainly trying to steel myself to hear the inevitable.

The Heavenly Court condemned me to Gehinnom. And a thick silence settled like dust. Every pair of eyes was focused on me.

Head bowed and cheeks burning, overwhelmed by a sense of self-disgust, I accepted the verdict. I hastily exited the courtroom, and after a last glimpse at the uneven scales, I began to walk tentatively down a barren road. The air around me shimmered with terrible heat, which increased with every step. The flaming borders of Gehinnom soon loomed into sight.

Before I endured the heat any longer, a pair of anxious-looking angels stopped my advance. Not a word was exchanged. Something urgent must’ve occurred because they simply grabbed my arms and hurried me back to the courtroom. There, a most unexpected development waited for me: a queue of wagons, all overflowing with bulging sacks, were parked outside the court’s entrance. Who had brought these here? The wagons lurched into motion after me as I entered the courtroom.

It was exactly as I had left it: the judges still sat on their benches, and the scales in the room’s center still angled toward the side bearing my years of sin. The same somber silence lingered.

A frenzy of commotion erupted as angels rushed over to the wagons, unloaded the sacks, and began placing them on the scales—on the side of merits. Gradually, the balance began to change, and each tip in the other direction eased something off my troubled heart. Once again, I was too frightened to do anything other than just stand and stare.

Finally, an angel placed a sack that tilted the scales ever so slightly to the side of good. The judges stopped everything and declared a change in my sentence: rather than suffer the fires of Gehinnom, I was now directed toward Gan Eden. An ethereal voice resonated from the very walls of the court: “From now on, you will be known as Reb Mordechai.”

I was free to go.

But I wasn’t going anywhere without answers. And it was rather difficult getting them. Initially, whomever I asked refused to reveal anything, but with persistence I learned what had occurred.

Soon after I had left for Gehinnom, an angel called the Guardian of Pages entered the courtroom to speak with the judges. He sought to absolve me of all charges.

“We don’t reconsider cases after their verdict,” the court told him.

“In regard to criminal offenses, this doesn’t apply,” countered the angel.

There was some nodding of heads from the judges. “Well, let’s see what you have to say.”

“Esteemed judges!” The angel’s voice rang out clearly. “Today, a simple man has passed away, who, as many others like him, didn’t study enough Torah and perhaps even committed a few sins due to his ignorance. Yet, he was honest and cherished the Torah dearly. Without a doubt, I can attest he honored the Torah like no one else. He was a bookbinder by trade. And even if he labored due to selfish reasons, binding books—Torah books— is a righteous trade.

“Countless hours were invested in ensuring the tattered books returned to their owners as new. Nothing was ever left unfinished. He handled their covers with special care and thumbed through the worn pages as gingerly as possible. He never threw out pages, however frayed, even the blank endsheets. When he trimmed away the excess paper and glued the bindings, not a single word was damaged. And anything that remained of his work, he collected in sacks to store in his attic.”

The angel scanned the judges’ faces. “I can show them to you if you want.”

As those words left his mouth, an ethereal voice boomed from every corner: “One who honors the Torah is honored by Heaven in Gan Eden.”

The judges, after a few moments of consultation, agreed to have a look at these sacks, which were brought in from the attic and counted in my presence. This is what altered the verdict in my favor.

I was left with mixed feelings. Obviously, having been spared the fires of Gehinnom, I was ecstatic. Yet, Gan Eden was meant for those who studied Torah their entire lives. That’s what souls do there. I had to sit among scholarly giants—and I would barely understand a word.

My obvious illiteracy attracted the attention and sympathy of a few great souls here in Gan Eden, where I wander from study house to study house, learning to navigate the seas of Torah until I’m able to do so on my own.