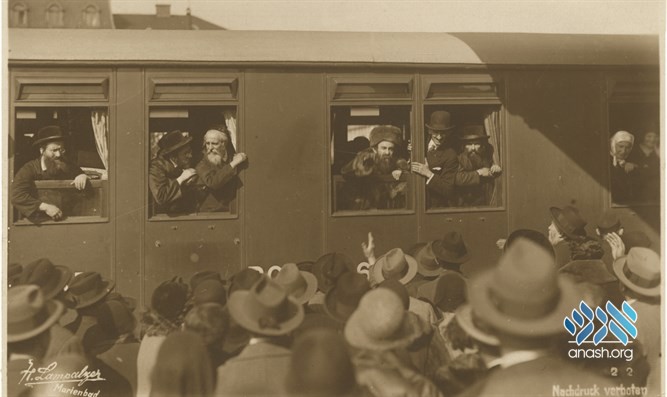 Recently, a German postcard was revealed with a photograph of the Belzer Rebbe bidding goodbye to his followers at the time of the Holocaust.

The postcard, photographed by a German photographer in Marienbad, was sent to a soldier in the Nazi German army after the outbreak of World War II. The postcard will be available for sale this month at the Kedem auction house in Yerushalayim.

On the back of the postcard, there is a short typewritten text with a handwritten signature. “Allow me to send you warm greetings from Marienbad …”

The postcard bears a Nazi postmark from Marienbad which incorporates two swastikas and a stamp of the German Reich. The postcard is addressed to Hauptmann Grube, a soldier in the Nazi German army, and was sent to the Air Force headquarters – Fliegerhorstkommandantur – in the fall of 1939.