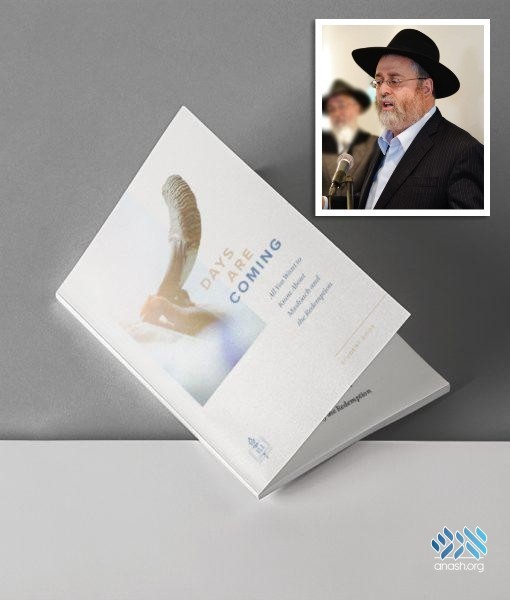 After several shluchim began a grassroots effort to spread the study of Moshiach topics, JLI partnered with R’ Yossi and Yael Michelashvili to offer a new curriculum to present the topics to a wider audience.

During the auspicious days of Bein HaMeitzarim, hundreds of shluchim and shluchos are offering for the first installment of classes on inyanei Mashiach and Geulah that JLI has launched to teach in local communities. The first five classes of ‘Days Are Coming’ explain the process that leads to Mashiach.

The new initiative came to be after several shluchim were conversing about the next step in their shlichus and how to make the Rebbe proud. “We realized that we have to strengthen the main nekudah of our shlichus,” explained Rabbi Meir Rivkin of Granada Hills, California. “The Rebbe clearly told us that bringing the world to know of and yearn for Mashiach is the ikar hashlichus.” After some discussion it became clear that to truly “live” an idea, there has to be ongoing immersion, similar to weekly parshah classes that promote leben mit der tzeit.

Rabbi Rivkin and some fellow shluchim—including Rabbi Levi Brook, Rabbi Yosef Yitzchak Raichik, Rabbi Zushi Rivkin, and Rabbi Yosef Wilhelm—began a grassroots effort among shluchim and approached Rabbi Efraim Mintz to request that JLI mobilize their resources and do what they do best.

“Our baalebatim might be familiar with the word ‘Mashiach’—they’ve heard us mention it enough times,” continues Rabbi Rivkin. “However, they still urgently need more knowledge that will bring the awareness and consciousness that the Rebbe charged us with bringing to them.”

In an effort to have as many shluchim and shluchos participate in this initiative, the Mashiach Campaign Office of Merkos 302 is subsidizing this course with $50 off for all those interested in chapping arein.