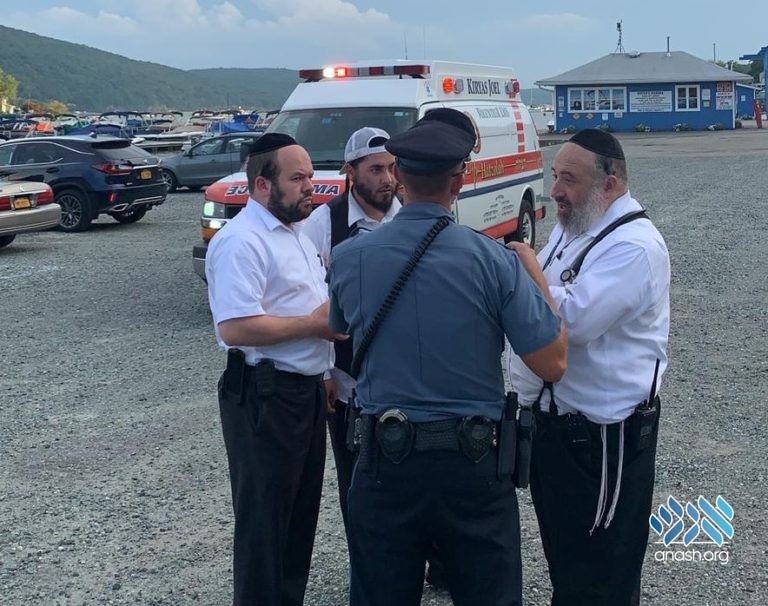 Emergency personnel are currently searching for a Frum man from Monsey that went missing in Greenwood Lake while boating with his family.

Sources tell YWN that a family was boating in the lake when – according to initial reports – a child may have fallen into the water. The father jumped in to save his son, but went missing. The son is fine, and the entire family has since been brought to shore, but the father went missing while saving his son.

A major, multi-agency search is underway.

UPDATE 8:00PM ET: Due to severe weather (thunderstorms), the search has been cancelled by the order of the State Police for the evening.

Greenwood Lake is an interstate lake approximately seven miles (12 km) long, straddling the border of New York and New Jersey. It is located in the Town of Warwick and the Village of Greenwood Lake, New York (in Orange County) and West Milford, New Jersey (in Passaic County).