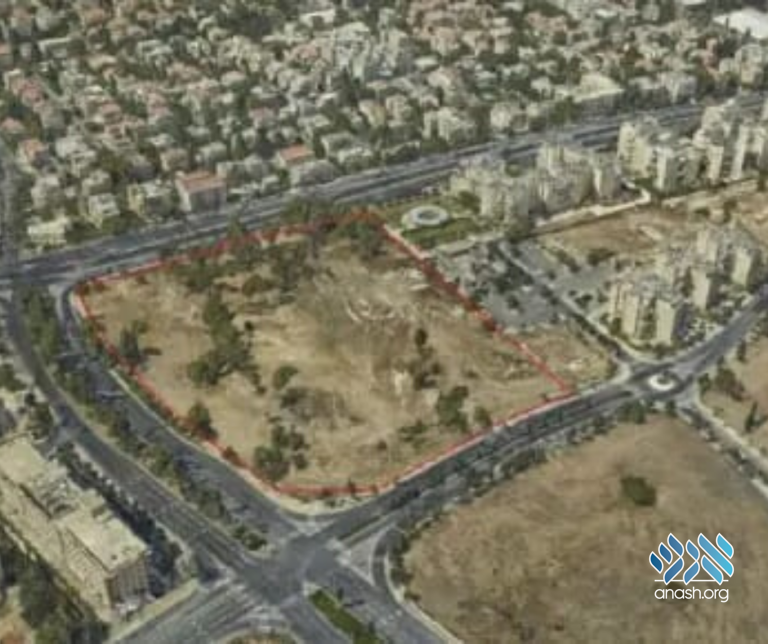 Since being moved from Tel Aviv to Yerushalayim in May 2018, the embassy is housed in the former US consulate building in the Arnona neighborhood.

Mayor of Yerushalyim Moshe Lion met Monday with representatives of the US State Department, including the director of the Department’s Bureau of Overseas Building Operations Addison ‘Tad’ Davis to discuss plans for the construction of a permanent embassy facility in the Israeli capital city.

A year and a half ago, the US formally transferred its embassy from Tel Aviv to Jerusalem, converting a consulate building into a temporary embassy.

The former consulate building, however, is too small to house all of the US embassy’s operations in Israel, and the State Department is planning construction of a larger facility in Jerusalem to serve as the future embassy.

On Monday, Mayor Lion and Deputy Mayor Fleur Hassan-Nahoum met with the State Department team headed by Addison Davis to discuss plans for the new embassy.

The State Department is currently considering two possible sites for the future embassy building; the former site of the Allenby Barracks, and a property in the Arnona neighborhood. Both pieces of real estate are already being leased by the State Department.

A final decision on the location of the embassy is expected in the next few months.

Mayor Lion said the project would have his full backing.

“The American embassy got a green light from the Jerusalem municipality today,” said Lion.

“By next year already we will start construction, and God-willing, within a few years we will have the honor of unveiling the permanent US embassy facility in the capital.”