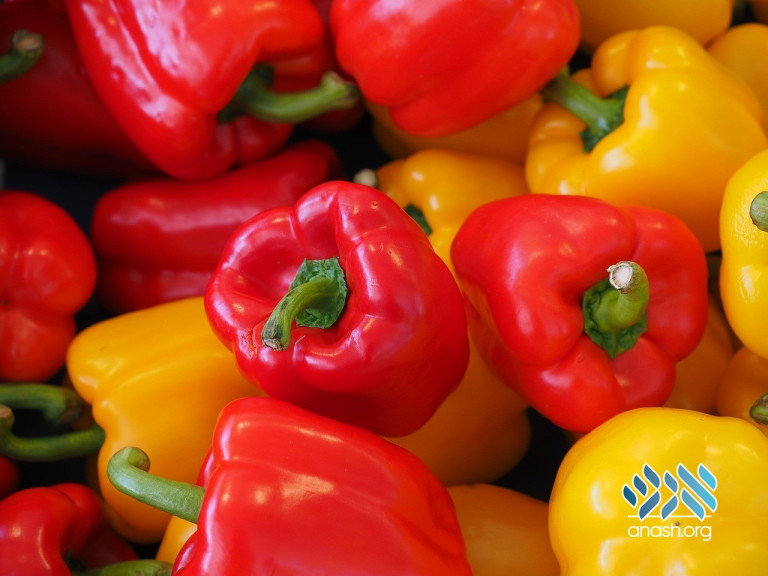 The pepper is a basic staple in Eretz Yisroel. The “Israeli” salad is incomplete with the pepper. Whether, red, yellow, orange or green, a salad without pepper just doesn’t cut it. Lately, however, the Israeli salad has been needing to make do with just two main ingredients – cucumbers and tomatoes. The Israeli agricultural ministry has found that there’s a temporary shortage of peppers in the Holy Land, one that could last another 2-3 weeks.

Experts explain that the culprit is the especially long winter that Israel had. Peppers that were planted in January have yet to arrive at the markets, whereas those that were still planted the last summer are still available. As a result, it’ll take two to three weeks until the January peppers arrive. That also means that July and August will see a bumper supply of peppers, causing prices to fall.

What about importing peppers? The Agriculture Ministry follows pepper prices closely. The wholesale price for a kilogram of peppers is now at NIS7.60. Ministry policy is that when prices remain above NIS6 for five consecutive work days to allow a certain amount of duty-free imports.

As a rule, Israeli peppers grow mostly in the winter months and fulfill the local need, which currently stands at approximately 75,000 tons a year, as well as 90,000 tons a year for export. The main export is during the winter months, November thru May. The local need is met by the growth that happens in the summer months. Recent weather conditions have decreased output and less than demand is being produced, causing a temporary shortage in stores.

Note: because peppers are a major export item from Israel, one must be particularly careful when buying produce, especially from big-box stores, etc., because they could be from Israel, which would mean that trumos and ma’asros would need to be separated and if from a shmittah year totally avoided.