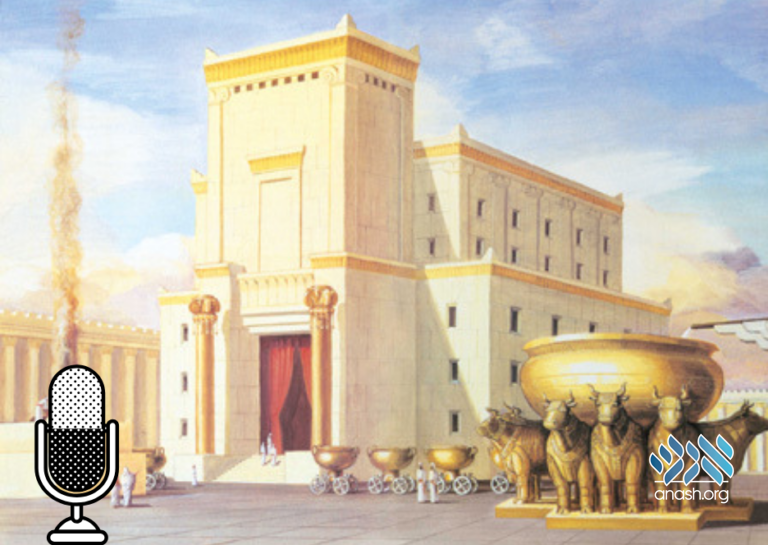 Anash.org is pleased to bring you a curated selection of audio shiurim on Parshas Devorim (Shabbos Chazon).

In this week’s Parsha Moshe chooses to reprimand the Jewish people by only hinting to their past sins. Where as in other instances he had no problem to clearly spell out those sins. Why the difference?

Listen to an explanation based on a teaching of the Tzemach Tzedek, delivered by Rabbi Berel Bell, rov of Anash in Montreal.

Reb Levi Yitzchak of Berditchev famously explains that this shabbos is called Shabbos Chazon, because, the shabbos before Tisha B’av is one of the times when we are shown the third Beis Hamikdash. This is why it is known as Shabbos Chazon, which means “vision.”

Listen an in depth explanation the Rebbe gave into Reb Levi Yitzchak’s words, delivered in Yiddish by Reb Yoel Kahn.

To watch of video of this shiur or to read an English transcript click here.

We all know it is forbidden to do laundry during the nine days. Does this apply to children’s clothes as well?

Listen to a Halachic discussion on the topic, delivered by Rabbi Yaakov Goldstein of ShulchanAruchHarav.com. Click here for a written summary of this including sources.

The Value of Secrets

On Shabbos chazon Hashem shows our neshomos the beis hamikdash. There is a powerful lesson we can learn from this, including an understanding into what a true secret really means.

The Year the Beis Hamikdosh Was Built (New)

A short vort from Reb Levi Yitzchak (the Rebbe’s father) about the the year the first beis hamikdash was built (in connection to the three weeks where we learn about the beis hamikdash).

An in-depth shiur on the underlying intention of Moshe Rabbeinu’s final address to the Jewish people – is he criticizing them or not? Based on Rashi, Even Ezra, Ramban, Sforno, and more as well as ma’amarim from of the Rebbe Rashab.