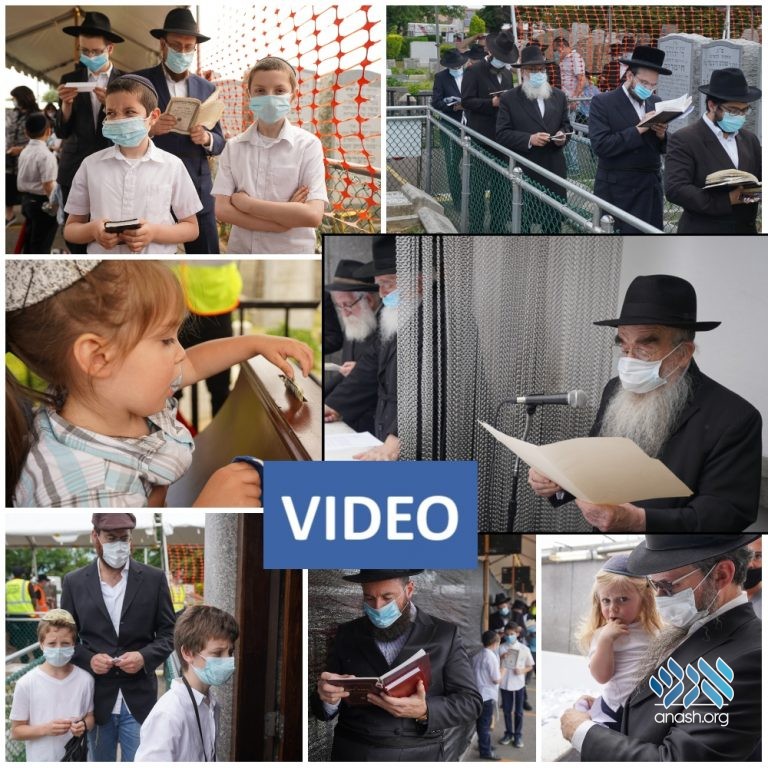 As thousands visited the Rebbe’s Ohel on Gimmel Tammuz, representatives of Agudas Chassidei Chabad and Tomchei Tmimim read a Pan Kloli on behalf of all chassidim, and one for bochurim.

Men, women and children from around the world visited the Rebbe‘s Ohel on Thursday, Gimmel Tammuz, the Rebbe’s yom hilula.

Special arrangements were put in place this year due to COVID-19 and related government health regulations. The ‘tents’ and house neighboring the Ohel were closed, and the regular sight of thousands of chassidim davening and learning was not to be seen.

Instead, lines formed outside the Ohel structure, where everyone was given a short amount of time to read their pan and daven briefly. During most of the day, the line was continuously moving, allowing visitors to walk through the Ohel while reading their pan.

Throughout the day, numerous panim klolili’im were read, representing Chassidim, bochurim, shluchim and Yidden around the world.

Later in the day, a pan kloli was read by Rabbi Moshe Kotlarsky on behalf of Shluchim, organized by Merkos 302.