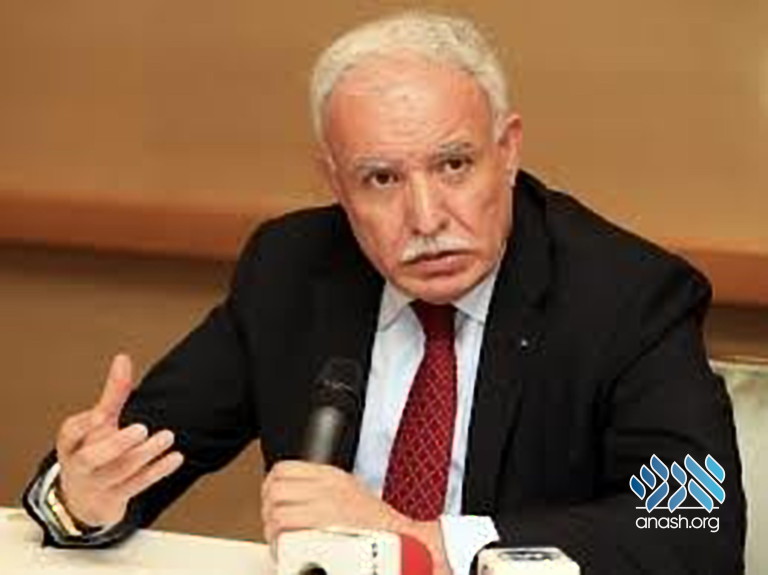 Palestinian Authority Foreign Minister Riad al-Maliki said Friday that the United States had expressed interest in reviving dialog with the PA before it introduces its peace plan. Al-Maliki said that the PA had received a message offering the dialog, which would discuss aspects of the plan, and the advantages of it to the PA.

Speaking to the London-based Arabic daily al-Shawq al-Awsat, Al-Maliki said that although there were currently no communications with the U.S., the PA was not necessarily opposed to the idea. With that, he said, “if the Americans believe that they can use economic benefits to tempt the Palestinians to give up east Yerushalayim or a Palestinian state, they are mistaken.”

At an informal meeting of the United Nations Security Council Thursday, U.S. envoy to the Middle East Jason Greenblatt slammed countries for “obsessing” over the settlement issue. It was not the settlements that were the cause of a breakdown in negotiations, but rather the determination of terror groups to attack and destroy Israel that should be condemned. Greenblatt told delegates that “the vision for peace that we will soon put forward will be realistic and implementable.

The plan , said Greenblatt, “lays out the core issues of the conflict in enough detail that everyone will be able to imagine what peace could look like. This is the right package of compromises for both sides to take in order to leave the past behind and start a new chapter, where there could be tremendous hope and opportunity in the region,” Greenblatt said, adding that council members should “support the parties to get together to get behind this opportunity.”

At the meeting, al-Maliki said “Every decision the U.S. administration has taken since has simply confirmed its disregard for Palestinian lives, for Palestinian rights. We cannot afford not to engage with any peace efforts but the U.S. efforts cannot be characterized nor can qualify as peace efforts, unfortunately. All indicates this far that this is not a peace plan, but rather conditions for surrender – and there is no amount of money can make it acceptable.”