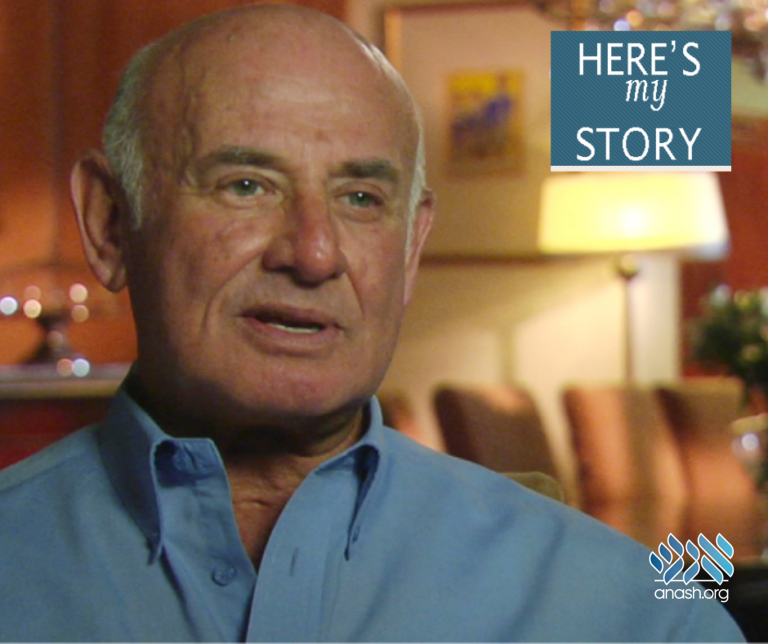 After I was appointed as the head of Shin Bet, also known as Shabak – Israel’s internal secret service agency – I was sent to the United States as part of the extensive intelligence cooperation effort between our two countries. This was in 1988 and, at that time, the identities of the heads of the security services like Shabak, Mossad and Aman were never disclosed to the public. Therefore, I was very surprised when a delegation of young Chabad chasidim showed up and told me that the Rebbe wanted to see me.

In my eyes, the Rebbe was one of the most important people in the Jewish world, whether religious or secular, and therefore I said it would be my honor – indeed I would be happy and excited – to meet the Rebbe if my schedule permitted. Unfortunately, it proved impossible, but I promised that I would schedule a meeting with him on my next visit to the United States.

The following year the meeting did take place, and I will never forget my first impression of the Rebbe – his shining face and his intense eyes which seemed to be penetrating the innermost depth of me. I also remember that the atmosphere was very pleasant, relaxed and welcoming.

The Rebbe opened with some questions about my personal background. At that time Yitzchak Shamir was prime minister, heading a right-wing government, and the Rebbe asked gently if my more left-wing background presented problems for me. I understood that the Rebbe’s question was a very fundamental one, albeit worded very diplomatically; in effect, he was asking: “Are politics influencing your agency?” I assured the Rebbe that my agency was completely apolitical, with Jews holding different world views serving alongside each other with great professionalism and with total focus on their mission.

Another interesting question that the Rebbe asked me touched upon the great aliyah of over a million Jews from the Soviet republics. He wanted to know if we had a problem with spies who might be infiltrating Israel disguised as new immigrants. He was also interested in our collaborations with foreign intelligence agencies, especially those of the United States, and asked if we were finding a receptive ear among our colleagues and if they understood Israel’s unique security issues.

It surprised me that he didn’t ask what I did at the agency or anything about the agency’s inner workings. But then it became apparent that he knew exactly what I was talking about and didn’t need any background information. In fact, as the conversation proceeded, I was shocked to learn just how much the Rebbe, a Torah scholar and the leader of a chasidic movement, knew about the many aspects of intelligence, down to small details.

I must mention that, throughout the whole conversation, I felt that I was speaking to a man who not only had an amazing understanding of the situation in Israel and the world over, but also to a man I could totally trust. At one point, he said to me, “feel free to speak openly,” and I understood that our conversation would be held in complete confidence.

Thus encouraged, I gave the Rebbe an overview of the forecasts of my agency regarding terror, inside and outside of Israel. I also shared with him my concerns about the Arabs living in Judea, Samaria and Gaza. At the time, Israel was dealing with the first intifada, the Palestinian uprising that burned up the country and was characterized by disruptions of order, throwing of stones and Molotov cocktails, stabbing incidents and terror attacks. We spoke a great deal about that.

In the course of the conversation, the Rebbe gave me one of the most brilliant analyses imaginable regarding the geopolitical situation and its effects on Israel, in which he forecasted the rise of international terrorism. Looking back, I see that the Rebbe was correct in his assessments and that what he said materialized exactly.

For example, he spoke about the tension between the East and the West – in particular, between the two superpowers, the United States and Russia – and he predicted that there would soon be a warming of relations between them. A short while later, the Berlin Wall was demolished and two years later the Soviet Union collapsed, leading to a different world order, just as he said. He also predicted that Islamic terrorism would intensify, explaining the specific reasons for that. Sadly, it became clear with the horrific attack by Al Qaeda on 9/11 just how right the Rebbe was with regard to this as well.

The Rebbe’s assessment dealt with fundamental principals and deep processes that were occurring and would continue to occur, and therefore many of the things he said at the time are still unfolding today.

Throughout, the Rebbe expressed faith in the continuity of Jewish existence and G-d’s promise that the Nation of Israel would be an eternal nation. He spoke about Jewish suffering, mentioning the Holocaust a few times and connecting it to the common fate that unites Jewish people who serve the Jewish cause and are occupied with saving Jewish lives.

I can testify that the Rebbe’s analyses were very deep and eye opening. Later on, during discussions in my agency, I found myself remembering his insights which penetrated to the root of the matter. And there’s no doubt that his words influenced me and guided my professional stance on various security issues.

One of the things that impressed me the most was the fact that the Rebbe didn’t try to give me direct advice. He listened carefully to me, and when he did present his opinion, he did so respectfully and with humility.

Towards the end of the meeting, the Rebbe asked me if he could help me in any way. I responded that I came to meet him, to listen to him and, of course, to be blessed by him. Then the Rebbe blessed me, my family and all those who work in service of the Shabak. When I returned, I told my staff that I met the Rebbe and I passed on his blessing to them, and there were many who were moved by this.

I will always remember my meeting with the Rebbe as a powerful emotional and spiritual experience. I feel that I had met one of the greatest rabbis that the Jewish people ever had. It was an amazing meeting that filled me with inspiration, and it is a memory that I will continue to carry with me my whole life.