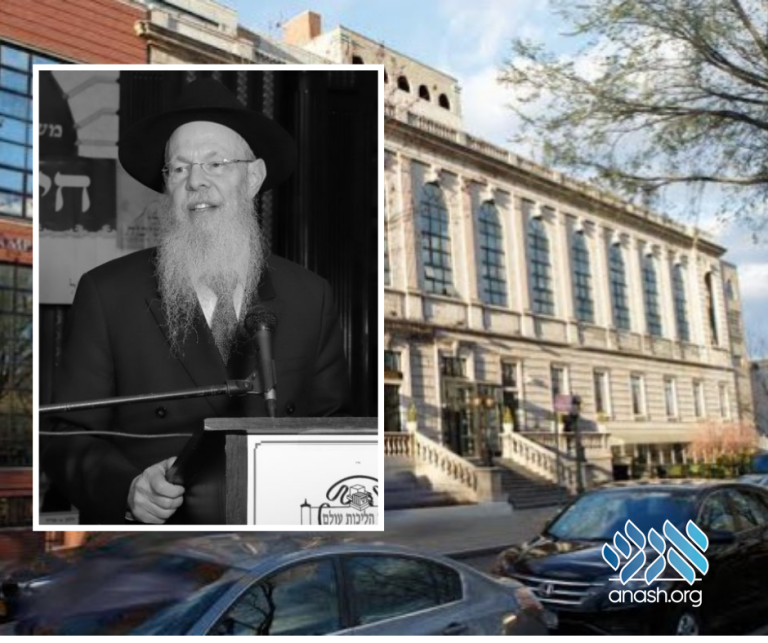 Today, Rabbi Hershel Lustig, Dean of Oholei Torah announced his retirement at the end of the school year.

Rabbi Lustig, a beloved and respected educator, has been a known figure at Oholei Torah for more than 40 years, having been personally blessed by the Rebbe to have “Hatzalcha Rabba Umuflaga” – outstanding success when he first took up the position.

In a letter penned to parents, Rabbi Lustig said he will be passing on the torch to the young and dynamic menahelim of each division.” He vouched for their competency, and also mentioned that although he will be leaving his official position, he will still be present in the Yeshiva Faculty, available to parents and former talmidim in relation to all chinuch matters.

Rabbi Lustig was instrumental not only as a Principal, but also headed various other education-related projects in the community, including the Yeshivas Erev Evening Learning, Avos U’bonim program, as well as the Halichos Olam Halacha learning initiative.

He also spearheaded a camp fund, organizing sponsored tuition for hundreds of children to go to summer camps each year.

Popular programs he helped initiate, include the Worldwide Chidon Sefer Hamitzvos, as well as the mishnayos ba’al peh programs throughout Oholei Torah elementary.

Rabbi Lustig thanked the Yeshiva, its founders Rabbi Michoel Teitelbaum and Rabbi Yosef Rosenfeld, as well as the Board of Directors, together with all the menahelim and other associates in Oholei Torah that he was involved with throughout his tenure as Dean.

Rabbi Lustig concluded his position by giving thanks to the Rebbe: “I thank the Rebbe for entrusting me with the chinuch of his Tzivos Hashem. I hope I have fulfilled, and will IY”H continue to fulfill, his shlichus and meet his expectations. May Moshiach come speedily.”