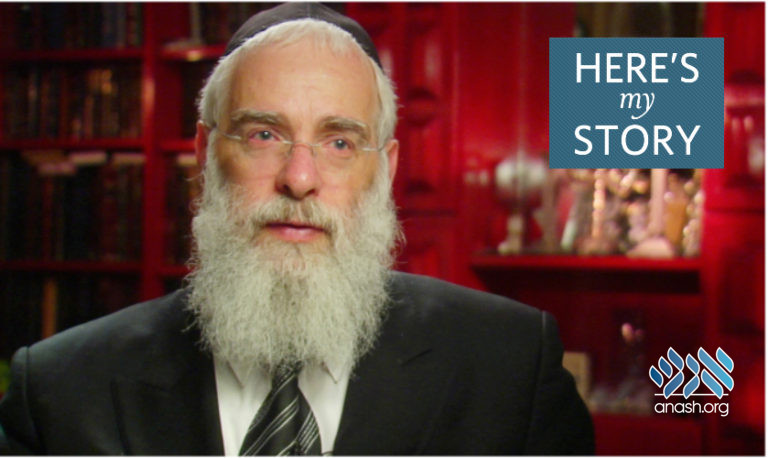 Just hours after urging Israel’s chief rabbis to establish open sedorim across Eretz Yisroel, the Rebbe sent a messenger to their hotel with a check in hand.

For the past thirteen years, Rabbi Yaakov Shapira has served as the Rosh Yeshivah of the Merkaz HaRav yeshivah in Jerusalem, and as a member of the Chief Rabbinate Council of Israel. He was interviewed in March of 2010.

My father, Rabbi Avraham Shapira, served as the Ashkenazi chief rabbi of Israel from 1983 until 1993, while Rabbi Mordechai Eliyahu served as the Sephardic chief rabbi. During their tenure, they traveled to the United States three times for the purpose of visiting the central Jewish communities in America and getting to know their leaders. They met with the most highly regarded religious authorities and heads of yeshivot to discuss important matters of mutual concern.

I served as my father’s right-hand man and I was privileged to join him on these trips. This is how it happened that I was present each time — in 1983, 1986, and 1989 — when the two chief rabbis met with the Lubavitcher Rebbe.

Each meeting with the Rebbe lasted about three hours and involved a lively discussion which I found fascinating. The Rebbe spoke a very correct and clear Hebrew which he used during these meetings to accommodate Rabbi Eliyahu, who did not speak Yiddish.

Their conversations were far ranging — they debated a wide variety of questions in all realms of Torah law; they spoke about activities of the Israeli Rabbinate and the state of Yiddishkeit in Israel; and they discussed the prophecies concerning the coming of the Mashiach and the Final Redemption. They went from topic to topic, without pause, and their conversations were recorded, transcribed and later published.

During the first visit in 1983, the Rebbe asked the chief rabbis how they felt being outside of Israel. My father said that he had never left the Holy Land before, and that the time away was very difficult for him.

To bring him comfort, the Rebbe expounded on the Torah verse, “Jacob lifted his feet and went to the land of the people of the East,” pointing out that while Jacob’s departure from the Land of Israel was a spiritual descent, later it turned out that this descent was for the sake of a greater ascent. All Jacob’s sons — who would give rise to the Twelve Tribes of Israel — were born outside the Land. This is why the great 11th century Torah commentator, Rashi, reads the phrase “lifted his feet” as meaning Jacob “moved with ease” because G-d had promised to protect him and bring him back home. Indeed, Rashi goes so far as to say that “Jacob’s heart lifted his feet” — that is, his joy wasn’t just in his heart, but went down all the way to his feet. Based on this interpretation, the Rebbe concluded that even if one must leave Israel temporarily, one should be joyful, since a great ascent would come from this descent.

Later in the conversation, the Rebbe asked my father — who was a Kohen, a descendant of the priestly tribe — what he was doing about reciting the Birchas Kohanim. In Israel, the Kohanim bless the public every day during prayers, but in the Diaspora this is done only on Pesach, Shavuos, Sukkos, and the High Holidays. My father responded that the Jewish Syrian community in the Diaspora practiced the Israeli custom, so he found a Syrian synagogue, Shaare Zion, where he would pray whenever possible. When he wasn’t able to go there, he very much missed giving the Birchas Kohanim.

The Rebbe remarked that, although he had lived in New York for forty years, he didn’t know that they gave the Birchas Kohanim at Shaare Zion every day, and he was glad to learn of this, adding: “When the Kohanim give this blessing, they are also blessed in all their affairs.”

This first meeting lasted about two hours and, at its conclusion, the Rebbe asked to speak to the two chief rabbis privately, without their entourage, apologizing to those present as he did so. The private meeting lasted another forty-five minutes, and then the Rebbe escorted the rabbis out until the entrance of the building.

Afterwards, I remember my father speaking of the Rebbe with great admiration and remarking how extremely well versed the Rebbe was with everything that was going on in Israel. As well, the Rebbe’s endeavors in the field of spreading Yiddishkeit had made an enormous impression on him, so much so that he declared: “To achieve these results, he must be able to produce electricity like a big generator or a power plant — a regular battery wouldn’t be enough.”

In subsequent meetings, I noticed that while the Rebbe and the chief rabbis spoke about Torah concepts, the Rebbe always found a way to direct the conversation toward practical applications, so that nothing would remain just talk, but be put to use out “in the field,” so to speak.

For example, the second visit in 1986 took place close to Pesach, which led to a lengthy discussion of the Korbon Pesach. The Rebbe connected that to the Torah commandment, “And you shall tell your son…,” urging the chief rabbis to spur Israeli rabbis to hold open seders in order to ensure that all Jews who weren’t planning to make a seder would have a chance to participate.

My father responded that most Israelis, even those who are not religious, do hold family seders, to which the Rebbe replied, “Hopefully, that will indeed be the case this Pesach, but if — Heaven forbid — it is not, I see no other way to fix it … From what I hear about Israel, there are many children who don’t participate in a seder.”

My father maintained that there were already public seders for those who have no place to go, but the Rebbe was not mollified.

“That is not enough,” he insisted, “because people are embarrassed to say they have no place to go. The solution I am proposing is that the local rabbi hold his own seder — with his students and his family — in the center of the city, inviting all the residents to join him. And then many people will come.”

The Rebbe devoted a great deal of time to explaining how it should work —how local rabbis should publicize these seders, making it clear that one and all are welcome, especially the children. “Whoever is interested should know that they can come and receive matzah and wine,” the Rebbe said, “without being required to pay anything and without being required to stay all the way to the end.”

The Rebbe acknowledged that such an initiative would cost money, and he offered to make a financial contribution, and even to persuade others to join in funding it.

The Rebbe was completely serious about it; he wasn’t just talking. Although the meeting ended at a late hour, we were surprised — as we left our hotel for prayers very early the next morning — to be greeted by a man who said, “I was sent by the Rebbe,” and who handed us a check, the Rebbe’s first contribution toward these open seders.

This was the Rebbe’s style — to get things done within hours. Our meeting ended shortly after midnight and only six hours later his commitment had already been fulfilled!