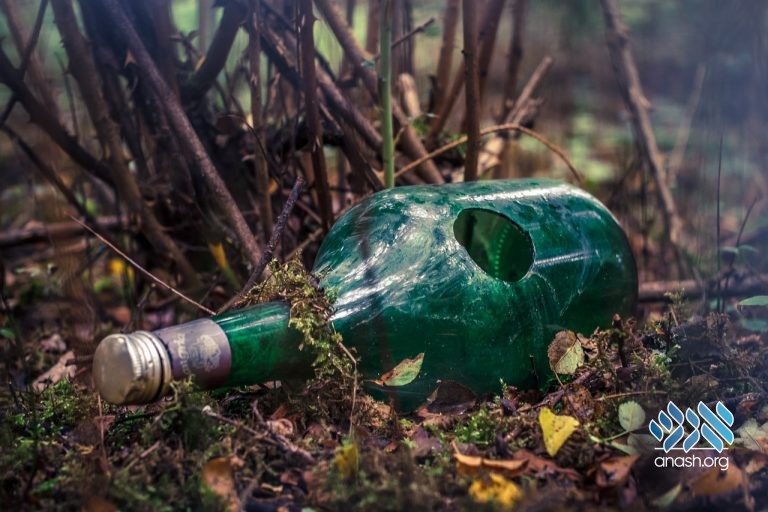 With terrifying ferocity, the plague began to strike the country and felled many without remorse. When Reb Baruch of Mezhibuz was approached for a blessing, he sent them to a drunkard who spent his days with the bottle.

With terrifying ferocity, the plague began to strike the country and felled many without remorse. Townspeople turned to prayer, yet despite their tear-choked voices, there was no cure. A delegation was sent to Rabbi Baruch of Mezhibuz to seek his intercession in Heaven.

“You will travel to such-and-such town,” instructed Rabbi Baruch. “There, you will find a certain man. Beg him to declare, ‘G‑d will remove this calamity from you.’ Do not leave before the man does.”

As they set out on their journey, the delegation couldn’t deny their impatience to meet with this man, whom they believed was undoubtedly righteous and famous. When they arrived, however, the townspeople answered their inquiries about the man’s whereabouts with empty looks and shrugs. Confronted with this unexpected development, doubt began to dim the men’s spirits. Yet, they persisted in their search, combing the town as though with a fine-toothed comb, until, finally, the delegation received its first lead.

“Him?” replied a villager, affording the delegation an incredulous look. “That man’s a drunkard. Perhaps when he can tell the difference between his right and left hand, he then may be useful.”

It would’ve made more sense to abandon their search right then and there rather than seek out this drunkard, but the delegation, fueled by faith, found his hovel and crowded around the door, as one of them gave it an apprehensive rap. The door was promptly opened by a puzzled-looking woman.

“We are here at the behest of Rabbi Baruch of Mezhibuz,” said one of them slowly to the woman, whose confused look only deepened. “He has told us to speak with your husband, as he may be able to reverse the horrible decree threatening us.”

The woman reacted as though slapped. “Is this your idea of mocking me? Come in, for perhaps you’d like to see him for yourself, lying there on the floor in a drunken stupor.” The woman paused to take a shaky breath before continuing. “It wasn’t always like this. My husband was a wealthy man, happy and full of vigor. But he found solace in the bottle and tore our life apart, together with all his financial ventures, chaining him to an injurious cycle—one he is unable to break out of till today. His daily routine goes as such: he wakes up, staggers around just to find more alcohol, and drinks himself asleep again. If you still wish to speak with my husband, wait for him to wake up and do so quickly—before he drinks again.”

It was the delegation’s turn to act as though slapped; the man upon whom they had pinned their hopes was a bona fide drunkard. As they requested the woman to disclose more details of the man’s life (perhaps she had missed something), it became very apparent that he didn’t possess any sort of resemblance to a righteous life. In the end, they decided to wait for the drunkard to wake up.

Indeed, the drunkard began to stir and groped around for a bottle. He seemed unaware that a group of men surrounded him and were watching him carefully.

“Rabbi Baruch of Mezhibuz has sent us,” said one of the men loudly. “He claims you are the only one who can bring an end to the plague that is currently decimating our numbers.”

He regarded them with bloodshot eyes. “Can I have just one swig before I do so?”

“No. We will not move from here and you will not receive your drink,” said the man firmly, shaking his head. “You will bless us, and we will be on our way.”

Adopting a look of defeat, the drunkard said, “May G‑d in His infinite mercy nullify this decree.”

The delegation thanked the drunkard and immediately departed for Mezhibuz. A wonderful sight met their eyes upon their arrival home: unbelievably, the plague had died out. After asking some of the townspeople, it appeared that the decree had lifted exactly in those strange moments of the drunkard’s blessing.

“He was an absolute drunkard,” reported the delegation when they later met with Rabbi Baruch, “who probably doesn’t know even a single letter of Scripture. He slurs when he talks. He is a disgrace to himself, his wife is completely clueless about his behavior, and the town considers him a stain on society. How did this man halt the plague?”

Rabbi Baruch gave them a knowing smile. “Allow me to tell you a story. Oh, the things a single mitzvah can accomplish . . .

“The drunkard you met was once, as you probably already know, a wealthy man, good-looking and quite well-regarded. He used it to his advantage, propelling himself up the social ladder and augmenting his business. Once, he paid a call to a non-Jewish widow, who had been the wife of a well-known noble. She was immediately impressed by her visitor.

“‘Imagine us as a couple,” she said. “It could do you and your business wonders. Why live with that woman back home? Alongside me, consider yourself as a noble among nobles, and with your wisdom and my wealth, there’s nothing we cannot achieve. Think about it.’

“‘I hear you,’ said the man, nodding. ‘But before I commit, could you please arrange a grand banquet and introduce me to the upper crust? Many nobles and princes will undoubtedly show up, and before that day is over, my name will be quite known. Our stature will grow.’

“The noblewoman was only too happy to comply.

“A date was set, and the invitations were sent. The man steeled himself for perhaps the most important day of his life; he, too, fancied the woman and all the glory she represented.

“The banquet took place at the noblewoman’s estate. Many important guests had indeed arrived, with whom the man was delighted to mingle and chat. Around the early morning, as the festivities were finally winding down, the two set out for a walk around the expansive lawns surrounding her estate. Their stroll, however, was interrupted when a series of groans and sobs drifting in the fading darkness reached the man’s ear, and he immediately followed them, dragging the noblewoman after him, until he stood before a miserable pit. Inside, clawing at the walls, were his fellow Jews. The man could only stare, horror-struck at the scene.

“‘Have mercy on your fellow human beings!’

“‘What is this?’ he managed to yell over their wails. ‘What is your crime? What have you done?!’

“They described their crime of failing to pay the taxes imposed on them. The man begged the noblewoman to free the poor souls imprisoned on her estate, which she did. The man then hired a coach and paid the driver to bring the prisoners home.

“Of course, any mitzvah is closely tailed by another one. As relief washed over the man in waves, a new uneasiness crept into his heart. Is this how he persisted in his good deeds? By leaving his faithful wife and marrying a gentile? The man then ordered himself a coach and fled the noblewoman and her promises without a glance over his shoulder.

“A tumultuous storm erupted in Heaven at the man’s act of self-restraint. What reward should this man deserve? The Heavenly Court decided that man would be capable of annulling any decree from Above. This, however, prompted another outburst in Heaven, one which now concerned Heaven itself, as its decrees were no longer relevant while this man roamed the earth—naturally, he would always revoke everything. Thus, a caveat followed: the man was to be subjected to a life of alcoholism, so drunk he would be unable to follow the events surrounding him and reversing them.

“Indeed,” finished Rabbi Baruch, “it’s quite risky having the man force Heaven’s Hand. Seeing as this plague wouldn’t have stopped until countless more have died, I had no choice but to employ his blessing.”