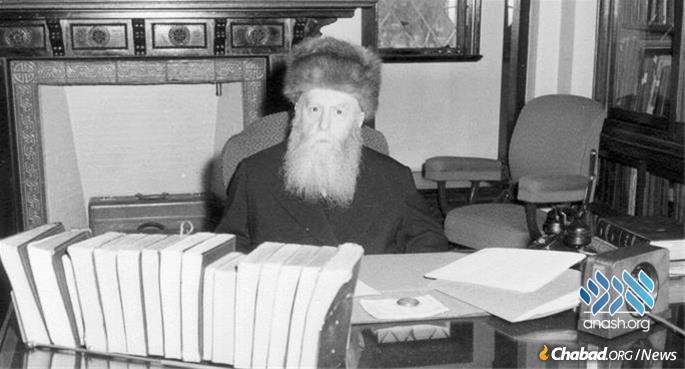 By Leibel Gniwish from Chabad.org

Brownsville buzzed with Jewish life in mid-20th century. A modest neighborhood deep in Brooklyn, its denizens were Jewish immigrants who had lifted themselves up from the poverty-stricken tenements of Manhattan’s Lower East Side.

Of course, there were shuls. Homey Chassidishe shitieblach, larger “Jewish center” types for “alrightniks,” and even Sephardic congregations for the Jews from exotic places like Turkey and Syria.

One particular shul was led by a rabbi whose name we no longer know. What we do know is that he didn’t like the Chassidim. We aren’t sure why. It may have been a remnant of the age-old feud between Chassidim and misnagdim or personal animus. Whatever it was, the rabbi often mocked his Chassidic coreligionists. Most notably, the rabbi derided the Rebbe at the time, the Frierdiker Rebbe.

One day, however, the rabbi stood up to address his congregants, declaring a complete change of heart.

“I have something to say,” he announced from the pulpit. “I was wrong about the Lubavitcher Rebbe and I want to apologize publicly for the way I’ve portrayed him in the past.”

“Why? What happened?” asked the shul members in surprise.

The rabbi answered with a personal story. “As you know, I have a brother. Recently, he’s been diagnosed with a serious illness. He needed money, a lot of it, and he reached out to me for help.” The rabbi mopped the sweat that began to bead on his forehead.

“I thought about asking you, my congregants, but the sum was too large and I knew you needed the money for your families. So I did what seemed to be the only viable option: I placed a classified ad in the Morgen Journal with four words and my phone number. ‘Ah Yid darf hilf (a Jew needs help),’ I wrote, hoping for the best. I was desperate.

“Do you know who was the only one to answer my classified? The Lubavitcher Rebbe. He called me and offered to donate the full amount.

“This is why I am apologizing. Rabbi Yosef Yitzchak is a true leader of the Jewish people. He didn’t know who I was or whether I was a Chassid, he simply saw that a Yid needed help and that was enough for him.”