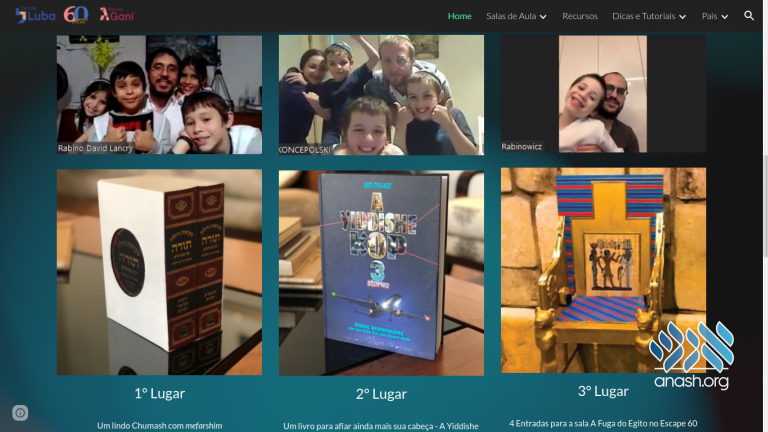 In preparation for Shavuos, The Lubavitch Schools of Brazil had created an innovating game that engaged the entire family, to think, play and have lots of fun.

In preparation for Shavuos, The Lubavitch Schools of Brazil had created an innovating game that engaged the entire family, to think, play and have lots of fun.

Based on the idea of an escape room and steps of a scavenger hunt, the school had given clues on their website to help take players step by step towards the final goal which was a surprise Zoom meeting with the director of the school. There, the first three to reach the goal were announced as winners and received their prize.

With the purpose of integrating families from the schools, the game involved links to discover clues in different websites, phone calls, WhatsApp statuses, and much more and had made an impact on more than 180 different participating families. The pressure of competing to finish first had parents and their children drawn in and involved to the fullest extent.

Joined in by many current and former students, “Escape 49” took place online. “The game really helped us break out of our own limits” said one of the players. This game taught us that we can take modern technology during such a dark time and use it for the good, to give chassidishe chinuch to our children. Teaching them the importance of having a leader, giving a second chance and the true value of unity.

With the first winners finishing after an hour and a half and all the prizes already given out, players continued nonetheless as they were so eager to reach the end goal. “I unfortunately did not win, but I’m happy I played and I’m happy for those who won” The feedback was overwhelmingly positive.