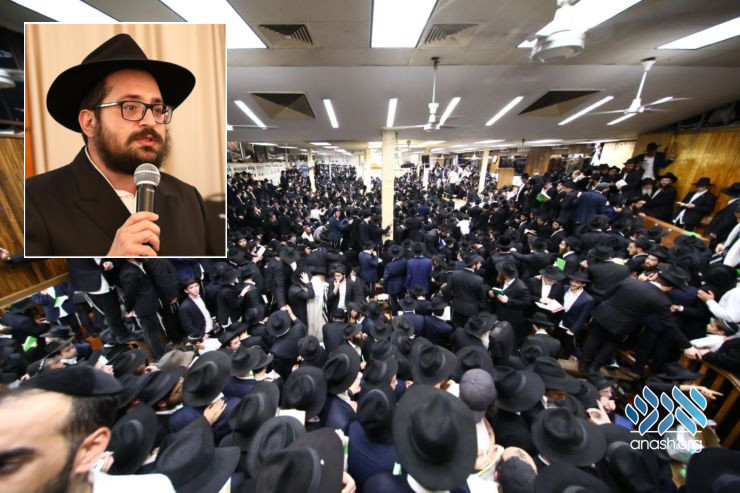 My dear friends. Today, just several hours ago, I began to have the full realization of how serious a situation we all are in. I received a WattsApp with a picture of the chained, locked doors of 770. For a short time, I was gripped with absolute anxiety. Memories began to flash in my head of the hustle and bustle of 770 throughout my years of growing up and living in Crown Heights. 770 is the epicenter of our life! 770 is the “boiler room” of the world. So, where’s all the warmth coming from, now that it is temporarily shut down?!

It felt so surreal as I looked at the picture. Although these are not the actual doors I remember from childhood, yet these are the doors I associate now with 770; the very doors that greet me every time I have the privilege of visiting NY. The contrast to my most recent visit Yud Shvat, was poignant. I remember standing close to these very doors, as the entire Shul was packed with people. I remember thinking how unused I became to the art of pushing one’s way through the crowd after so many years on Shlichus. However, as the Mishna states “No one ever complained about being in Yerushalayim.”

Truth be said, as I’m sure is the case for most of us who up to just a few days ago were living in relative sanity – I really didn’t need this in order to be anxious. Ever since Friday late afternoon when we received the notice about all our children KA”H spending “quality time” for the next several (?) weeks, I am BH very anxious. As the week began and the reality started to set in, I realized that Mivtza Matza and Pesach will be extremely challenged. Anxiety. When against my better judgement I went ahead and sent out my usual Monday morning text (to the many people I study with on a weekly basis) of “When are you available this week to study Torah, almost immediately the responses poured in: “not in the office this week…” and the like. ANXIETY!

I can feel my anxiety starting to turn to panic, when suddenly I had a beautiful flash back to the only times I could remember 770 being closed, ever. As a child growing up I didn’t even know if the doors of 770 were ever locked. It seemed as if these doors were open 24/7. It seemed as if there weren’t even any keys for those locks that came with doors before they were installed. I remember the caretaker with a large ring of keys, but they were certainly NOT for the doors… they were for the closets and maintenance rooms. 770 just didn’t ever close!

As I grew older I did learn of the one time when 770 was entirely locked up. On Hoshana Rabba, not too long after The Rebbe’s Minyan, they would begin to clear out 770. This was necessary in order to prepare the Shul for the Hakafos which were to take place that night. This was a different type of closing. This was special. As the Shul would begin to empty out, the only thing left was the sweet smell of “Ois-gehakteh Hoishaanos”, the Goyim cleaning up and the Vaad Hamesader.

Besides them, the only other living souls present, were the few Meyuchosim who “had a right to be there”. I must confess that over the years, I desperately tried to be part of this fortunate group. My success varied over the years. Sometimes it lasted for a few minutes, other times I enjoyed a much longer win. Nevertheless, by the time the doors were about to be opened to allow the crowds in to grab their places for Hakafos, I was out there pressed against those doors, full of anxiety.

As a little guy (that never changed over the years) I was anxious to get in on time to make that dash across to the south – eastern wall of the Shul to get to “my” place. I knew that if I didn’t make it in quick enough, I’d have a great challenge in getting to my place. The thought of not getting my place and not being able to enjoy seeing the Rebbe at Hakafos was perhaps one of the greatest anxieties of my life (at least at the time…). Anxiety. Anxiety. But of a different kind. Totally.

I would give up anything in the world for this anxiety. I’m sure you would do the same!