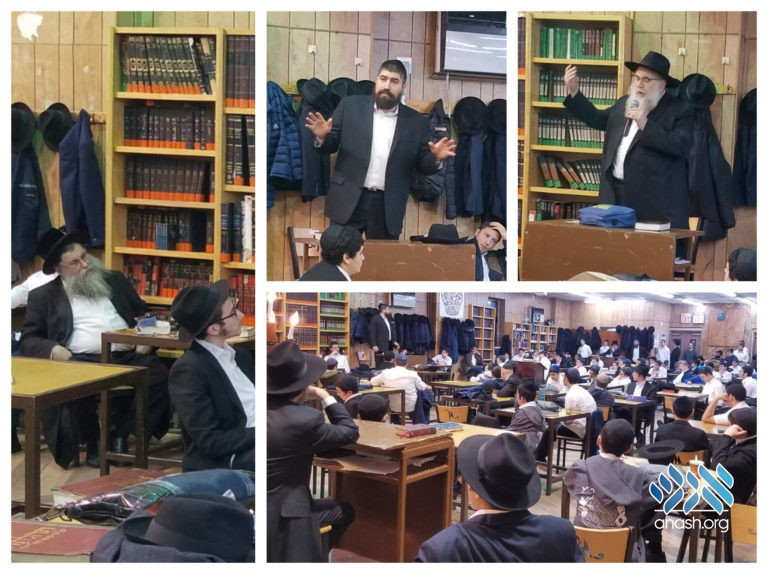 Bochurim in Oholei Torah Mesivta were addressed by two visiting shluchim from the West Coast.

The bochurim of Oholei Torah Mesivta were treated to a special treat on Thursday. Two shluchim from the West Coast came to speak to the bochurim about their experiences on shlichus. The special program was arranged by the bochurim-shluchim of the Mesivta.

First, the bochurim were addressed by Rabbi Raleigh Resnick, shliach of the Rebbe in the Tri-Valley, California. Rabbi Resnick shared with the bochurim stories from his Chabad House, and spoke of the koach of the meshaleiach, the Rebbe, that can be seen constantly while on shlichus.

Later in the day, the bochurim heard from Rabbi Baruch Hecht, shliach in Brentwood, California. Rabbi Hecht kept the bochurim enthralled for a long while, telling story after story from his experiences on shlichus over the past decades.