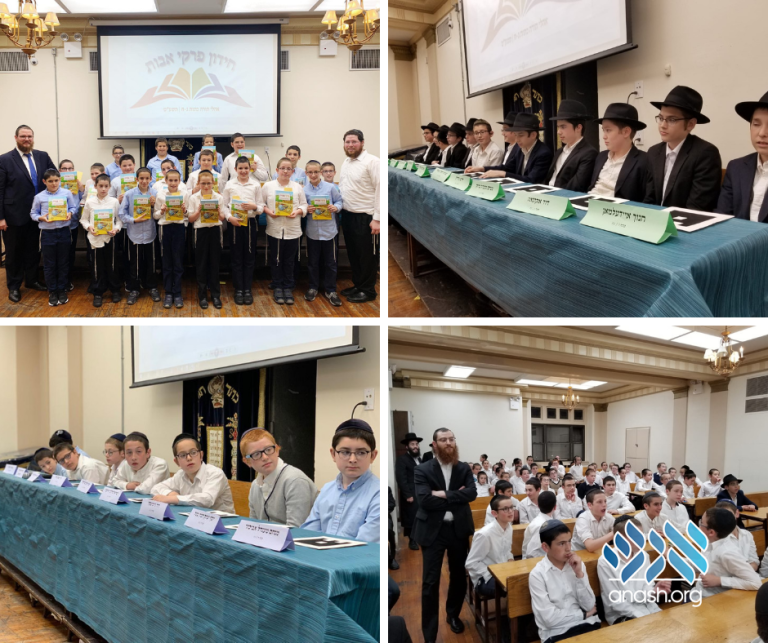 After 6 weeks spent learning and being tested on the weekly Pirkei Avos, students at Oholei Torah participated in a school wide chidon.

During the 6 weeks between Pesach and Shavuos, the talmidim of Oholei Torah learned and were tested on each week’s Pirkei Avos. The boys learned both the pshat of each perek, as well as selected maamarei chazal baal peh.

After Shavuos, all talmidim who had received an average of 80 or above on all 6 tests took a final test on all 6 perakim. Those who achieved marks higher than 80 received a sefer as an award for their achievement in learning.

The top two talmidim from each class, an average of 10 to 12 kids per grade, competed on stage in a chidon featuring pshat and baal peh questions.

“Our talmidim really delved into this project,” said Rabbi Yehoshua Lustig, . “It was exciting to watch them on stage, quoting mishna after mishna by heart, an outcome achieved through weeks of hard work.”

The boys knew so much and did so well, it was hard to come out with one winner! At the end of the chidon, talmidim were awarded for their outstanding achievements in learning.