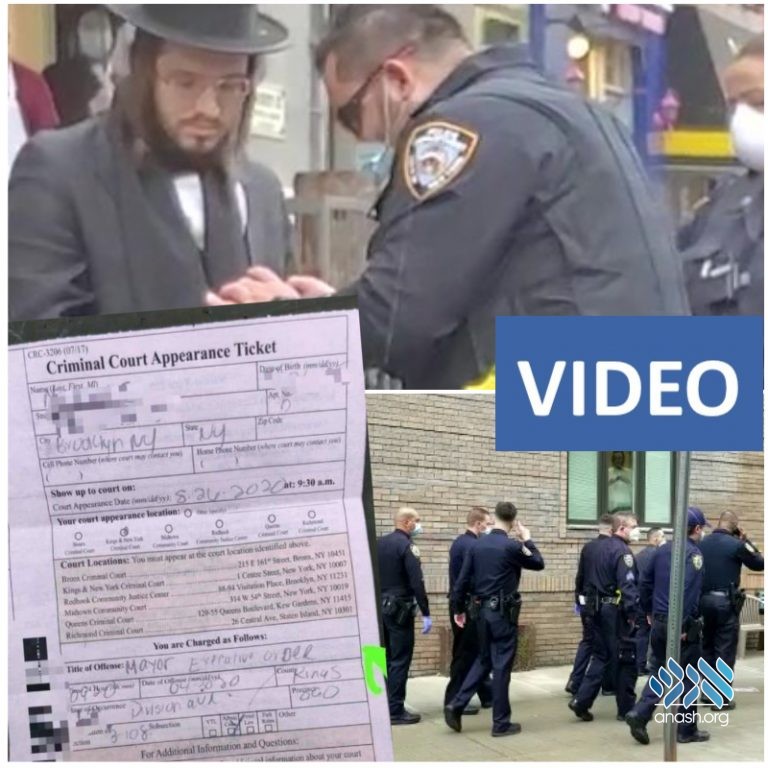 Tens of NYPD officers took to the streets of the Jewish neighborhoods of Williamsburg and Boro Park on Thursday and handed out nearly 100 tickets to those not wearing masks or violating social distancing.

Community activists are calling the crackdown Mayor Bill de Blasio‘s retaliation for the heavy criticism he received from politicians, the ADL and frum leaders, in response to his tweet calling out the “Jewish community” for violating social distancing rules, after a minority group attended a funeral in Williamsburg.

The funeral was planned in advance with the police, NYPD Liaison Moshe Weiser reported. The organizing shul had tried to ensure social distancing rules would be followed, but participants failed to comply.

Texas Senator Ted Cruz followed up his tweets (questioning whether the mayor would have sent the same tweet with the word “Jewish” replaced by a different religious minority) by writing to Attorney General Bill Barr to ensure that orders crafted to help stop the coronavirus do not infringe on individuals’ liberties.

“The Department of Justice,” he wrote, “should not hesitate to closely monitor New York City to ensure that the mayor’s rhetoric does not translate into constitutional violations.”